How Godus found followers in Europe but apostasy in the US 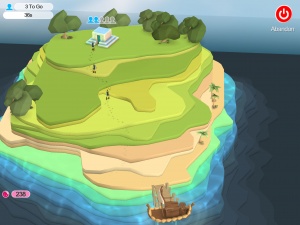 People are expecting big things from Godus, but not because pre-release footage looked great, or because it promised to change the way we looked at mobile gaming.

No, people were expectant because Godus' lead designer, and 22Cans head honcho, Peter Molyneux, can't announce a game without causing a media storm.

He sets the bar high, which is no bad thing, but if you fail to meet those lofty expectations things can turn nasty.

So, now that Godus has been on the market for a few weeks - it's been published through Japanese mobile gaming social platform Mobage - we thought we'd find out how the game has been monetising.

Has Molyneux, a man who's previously expressed a desire to get free-to-play right, finally exorcised the models' demons and won over consumers, or has he fallen like many of the brave pioneers before him? Let's find out.

A gift from the gods?

It'd be fair to say that Godus' performance on the US top grossing charts has been up and down.

The game started off well, jumping into the top 100 on iPad and climbing into the top 50, where it peaked at #49. Unfortunately for the 22Cans team, it couldn't maintain any upward momentum, and it's since tumbled out of the top 100.

Unsurprising, perhaps, given its widescreen appeal, Godus' showing on the US top grossing chart for iPhone is less impressive than on iPad.

After working its way into the top 100, the game peaked at #66 before wilting and, ultimately, falling off the radar.

Right now it looks like Godus will need a miracle if it hopes to resurrect the interest of its US followers, although it is worth noted that a new update has been released which may provide some uplift in future weeks.

Fortunately, Godus' European disciples have been a bit looser with their cash.

On the European top grossing chart for iPad - looking at performance in Germany, France, Spain, Italy, and the UK - Godus climbed into the top 50 in all 5 countries, performing consistently in all areas, and peaking at #18 in Germany.

The game has seen a slight downturn in fortunes recently, though it's still hanging on inside the top 100.

Like in the US, Godus' European performance slips somewhat on iPhone, with the game struggling to break into the top 50 despite climbing to peak positions of #32 in Spain and #38 in the UK.

Unlike its iPad sibling, the iPhone version failed to stay in the top 100, dropping out of countries apart from Spain and Italy.

So, it's clear that Europe is the region that 22cans and Mobage will need to be eagle-eyed on, both in terms of retenting existing players and working UA magic, as they enter the period of games-as-a-service.

Designers have to own, love and define free-to-play, says Peter Molyneux

Godus heads to China thanks to LongTu publishing deal