Does BioShock sink or swim on iPad? 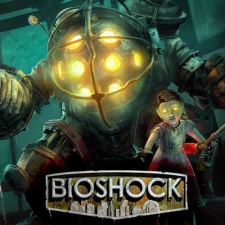 Much like Rapture itself, one view is that BioShock  was doomed from the start. After all, some would say that releasing a pricey, console-length shooter on mobile devices is a suicidal move.

Released in 2007, it's hard to believe that many people are still clamouring to play it, let alone on their iPhone or iPad.

2K, however, decided to take the plunge, giving mobile gamers the chance to purchase its critically acclaimed shooter for the princely sum of $14.99.

Was it a risk worth taking, or is the firm about to be taught a lesson in mobile gaming?

That's what we're aiming to find out in this week's Charticle, which focuses on iPad, because, let's face it, no one wants to play BioShock  on a 4-inch device.

A shock to the system?

On the US download charts for iPad, BioShock  has did well in the short-term, shooting straight into the top 20, where it peaked at #14, before slowly drifting down the charts.

Even though BioShock  is currently resting at #49, don't be surprised to see it drop out of the top 100 altogether in the coming week: a fate dictated by the game's premium price tag.

BioShock's  showing on the US top grossing chart for iPad is admirable.

But it does demonstrate the weakness of the paid game model to generate longterm revenue.

Over on the European download chart for iPad - which looks at performances in France, Germany, Spain, Italy, and the UK - BioShock  has been operating at the peak of its powers.

It also managed to break into the top 50 in France and Italy, however, after a promising start, it has fallen off the radar in every region apart from the UK, where it currently sits at #49.

BioShock's  top grossing performance in Europe, was similar to that in the US, with the game breaking into the top 100 in all 5 regions - for a period of time.

However, weighed down by that premium price tag, in the other countries, the game soon vanished into the grossing chart's murky depths.