The most downloaded iOS game in August, but how well does Crazy Taxi: City Rush monetise? 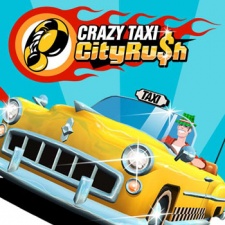 What do you call a game that has one of the most aggressive in-game advertising models we've ever seen?

It's a bold tactic, and one that it looks like Sega has adopted given the high number of downloads the game has generated - according to App Annie it was the most downloaded iOS game in August 2014 - but its low level of monetisation in terms of in-app purchases.

It's something we can easily see in this week's Charticle

On the US iPhone download chart, Crazy Taxi started off strong, peaking at #1, before sinking and dropping out of the top 250 mid-month.

The game did manage to climb back into the top 50 during September following the release of a third update, however, that momentum couldn't be sustained.

(The game didn't have any traction on iPad or Google Play.)

As you'd expect, Crazy Taxi's inconsistent performance on the download chart didn't translate well in terms of the US top grossing chart for iPhone, where the game failed to break into the top 100, and, more recently, feel out of the top 250.

Luckily for Sega, Crazy Taxi's fortunes have been better in Europe.

On the UK top grossing chart for iPhone, the game broke into the top 100 upon launch, and managed to stay in the top 250 until the end of August.

Of course, finding a place to nestle down in the top 250 isn't exactly the definition of success, but, when compared to Crazy Taxi's US performance, it could be considered a blessing.

It's a similar story in Spain, Italy, and France, where the game almost broke into the top 50, but struggled to rise any higher.

Just like it did in the UK, Crazy Taxi also found more consistency that it did in the US, though an inability to find a permanent place in the top 250 is an issue cannot be ignored.

The EU5 odd one out comes in the form of Germany.

Crazy Taxi simply couldn't make an impression in the country, and, despite flourising in comparison elsewhere in Europe, a very brief stint inside the German top 250 is all the Sega's title could muster.

Finally, the game didn't find any traction in South Korea or Japan, and hasn't been released in China.

Of course, the big unanswered question in the whole affair is how well Crazy Taxi: City Rush is monetising in terms of its aggressive in-game advertising, which automatically fires ads and video ads at players.

That's not something that shows up in the top grossing charts, but we'd have to assume it's something of a short-term revenue push at best.

Like an overly chatting taxi driver, no one likes to be constantly interrupted when they're trying to enjoy the journey, and they won't book another ride with them next time.