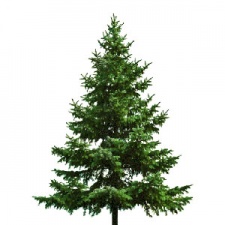 When the CEOs of two loss-making companies start singing from the same hymn sheet, it’s worth listening to the tune.

At least, that’s my take from comments by Zynga’s Frank Gibeau and Glu Mobile’s Nick Earl on their respective company’s 2016s and their hopes for 2017.

Both publishers remain in difficulties and even if the specifics are different, their broad conclusions are common.

The latter refers to live operations and the in-game events and weekly challenges that have seen the almost 10-year-old Zynga Poker and almost eight-year-old Words With Friends hit record mobile bookings.

That’s impressive given these games’ status as two of most ancient active mobile titles, and even moreso in the case of Zynga Poker given its strong decline in revenues from FY14 to FY15, which was addressed in FY16.

The situation for Earl is different - certainly more pressing - as Glu Mobile is more troubled than Zynga, not least because Zynga has the luxury of $850 million in cash, compared to Glu’s $76 million.

For that reason, he talked about his new vision for the company, which will swap out its previous celebrity focus for “Blue Ocean platforms”.

Yet, while Glu is hiring new creatives, undertaking fast prototyping and moving into a new “mega studio” - a strategy that won’t result in any new mobile game launches until 2018 at the earliest - the tone for 2017 is all about “Evergreen” titles.

“Evergreens are existing games … where our teams are either reducing the revenue decay or, hopefully, increasing the run rate,” Earl added.

The point for both companies is clear: the mobile games market in the West is mature.

It’s still big - $13 billion annually - but it’s not growing much, there remains massive oversupply in terms of new titles, yet players (especially payers) are sticking with the games they know and love.

Sure, there are still opportunities for big wins but as the likes of Pokemon Go, Clash Royale and Fire Emblem Heroes underline, you need big brands and/or the biggest companies to have a chance of succeeding.

For as the travails of Kabam, Storm8, Gameloft - and, yes Zynga and Glu Mobile - demonstrate, past success is no guide to future riches.

Or, in other words, times are getting harder. Hold onto, and try to improve, what you already have.