How are Star Trek, The Walking Dead and Game of Thrones grossing on mobile? 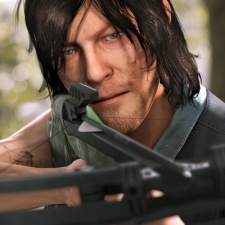 And with a second season just around the corner, a game developer could be forgiven for looking at the cult hit as an opportunity to cash in.

Not so BonusXP, who worked with Netflix to create an official, retro-styled Stranger Things mobile game tie-in that's free to download and features no monetisation whatsoever.

The majority of mobile developers, however, are not afforded the luxury of being so benevolent - and in this golden age of long-running TV shows, they see a growing opportunity for synergy with live free-to-play games.

But is this theory borne out by the performance of said games?

The rationale behind Netflix's willingness to launch Stranger Things: The Game without monetisation, and the primary reason that interest in TV show-mobile game deals comes from both sides, is that free-to-play mobile games can get eyes on the brand at crucial moments.

In the case of Stranger Things, Netflix wanted to draw attention to the upcoming second season. And while it's very hard to precisely track the success of this, download charts provide a decent metric.

It's performed solidly in this regard, coming in at 12th on the US iPhone download charts and sitting at 34th as of October 10th.

The game's first update is due to launch in parallel with the TV show's second season, on October 27th, so it will be interesting to see if this brings about another spike.

In the meantime, BonusXP has said it'll be keeping a keen eye on how players are engaging with a game which, with a 10-hour campaign and no limits on session length, is something of an anomaly for mobile.

But in terms of designing a full live-ops campaign around an ongoing TV series, Next Games' The Walking Dead: No Man's Land has arguably set the benchmark.

According to the company's CMO Saara Bergström, Next Games "decided to go all in" on implementing story elements from the TV series when its seventh season premiered in October 2016.

"This was the first time a game and a TV show, or any entertainment IP for that matter, have been connected in almost real time," she told PocketGamer.biz.

"...It was very much a tailored experience for The Walking Dead fans and it did resonate very well according to our store ratings and all the positive messages we got through to our Player Support and via social media."

And there was indeed a perceptible spike. On October 11th 2016, shortly before season seven began, The Walking Dead: No Man's Land was ranked at 259th in the US iPhone grossing charts. On October 24th, the day after the season premiere, it was at 86th. Though fluctuating, typically the game's grossing position would peak during a week the day after a new episode was televised.

The game remains in a decent position two years after its launch, continuing to evolve - and be marketed - around the ongoing series. As of October 10th 2017, it ranked at 325th in the US iPhone grossing charts.

Scopely's own game, The Walking Dead: Road to Survival, is based off both the show and the comic. Its grossing ranking on the US App Store also notably rose from October 23rd 2017 onwards as season seven started. Many of its peak grossing periods also coincided with the show's TV airtime.

Many would have assumed that Next Games and Scopely was to be put under pressure by the launch of Disruptor Beam's The Walking Dead: March to War in August 2017.

After all, Disruptor Beam has a strong background with licensed titles having developed Game of Thrones Ascent and Star Trek Timelines.

However, the game has hardly set the grossing charts alight so far.

While it's still early days and there's time for Disruptor Beam to turn things around, it will be rightly concerned about this.

However, while this can by no means shoulder the entire blame, it's worth noting that Disruptor Beam has the license only for Robert Kirkman's comics, not the massively successful AMC TV show that has been the engine for Next Games' success with No Man's Land.

But things aren't rosy for Disruptor Beam elsewhere either, with the company laying off what's believed to be 30% of its employees.

Star Trek Timelines comes out of CEO Jon Radoff's statements as the only real note of positivity, described as a "growth engine" that will play a key part in the company's vision going forward.

Indeed, the game has been a solid presence in the top 300 on the US iPhone grossing charts, most recently ranking at 271st as it approaches its first birthday. Though Star Trek has many famous TV series', including the recent Star Trek Discovery, it's also had numerous movies based around the franchise.

Another of Disruptor Beam's titles, Game of Thrones Ascent, despite being adapted from what is undoubtedly the holy grail in TV show IP right now - is currently barely even registering on the grossing charts, despite performing well when it initially launched in 2014.

What all this shows, then, is that free-to-play mobile game developers working with enormously successful TV shows provide considerable benefits for both sides - but it's also by no means a magic bullet.

Even in the premium space, while Telltale's The Walking Dead series (most closely tied in to the comics) has performed well and sold millions of copies, its Game of Thrones series is currently on hold after just one season.

Success comes with a combination of the right game, the right license and the right approach to integrating the two. And so, just as we can expect to see many more successes emerge from this model, there will also be several that don't quite strike that balance.

Is The Walking Dead: No Man's Land shooting up the grossing charts?