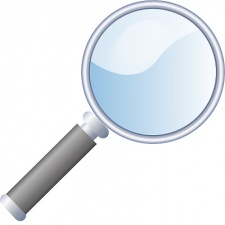 The hidden object genre has always been a tricky one to define.

A descendent of the traditional point-and-click adventure game, hidden object games usually have the player scanning cluttered environments for specific items to progress an ongoing narrative.

The genre first came into prominence through early casual games publishers such as G5 Entertainment and Big Fish Games, established in 2001 and 2002 respectively, launching paid games for PC.

And for all that model now seems somewhat long in the tooth, paid PC game downloads through Big Fish's own web portal remains a significant part of the company's business.

Even on mobile, both Big Fish Games and G5 Entertainment have launched paid hidden object games as recently as 2017.

But inevitably, as with all of casual gaming, the rise of free-to-play has shaken up the hidden object space.

Understandably, it hasn't always been a smooth transition. In 2014, G5 Entertainment was posting losses as it embarked on a free-to-play pivot. But in 2017, its share price rose 209%.

Its number one game, Hidden City, is according to App Annie data a top-100 grosser in the US and Japan. The model may have changed, but the appetite for hidden object games evidently remains.

And while in the free-to-play mobile space Big Fish Games may be better known for the social casino game Big Fish Casino, or its match-three puzzler Gummy Drop, the company still launches more hidden object games on the platform than any other genre.

However, it has yet to engage with free-to-play in the same way as G5 Entertainment, with its hidden object titles merely offering free trial versions with a paid full game unlock.

Perhaps the improved fortunes of G5 will convince the firm to change tack.

Indeed, G5 is not alone in making successful free-to-play hidden object games. One of the most successful developers in this space is German studio Wooga, responsible for title's such as Pearl's Peril, launched back in 2013.

The game launched without a universal iOS build, instead having different separate apps for iPhone and iPad. Perhaps understandably, the game performs better on iPad, regularly spiking well inside the top 50 US grossing positions on the platform.

But Google Play provides a more rounded picture, covering both tablets and smartphones. And here, the game sits at 201st in the US grossing charts as of January 18th.

This is consistent with its performance over the past few months, impressive for a game of its age.

However, the German firm's latest hidden object game – June's Journey, launched October 2017 – has yet to reach the same heights. Its US iPhone grossing position hit 511th on January 18th and has been outside the top 500 for most of its life so far.

It has, however, peaked inside the top 100 iPhone grossing in 18 countries, including those as diverse as Pakistan, Argentina and Sweden.

The long tail of Pearl's Peril will also encourage Wooga that there's time for the game to find success.

Another recognisable name in hidden object gaming is Criminal Case, launched on Facebook in 2012 by French studio Pretty Simple and ported to mobile in 2014.

The game remains a consistent top-400 grosser in the US iPhone grossing charts, which represents a good return considering its age.

However, perhaps proving insufficient differentiation from the original title, both made only brief appearances on the US iPhone grossing charts before dropping off.

One company whose work G5 Entertainment has been monitoring closely is US outfit MyTona. After a messy end to a previous deal, former acquired the rights for latter's hidden object title The Secret Society.

The game is no longer at its peak though, languishing at 1,136th in the US iPhone grossing charts as of January 18th, but it has peaked in the top 100 grossing charts of 79 countries – among them Canada and South Korea.

Meanwhile, Seekers Notes – effectively a follow-up to The Secret Society, launched in 2015 – remains under MyTona's ownership and is performing exceptionally.

Sitting at 171st in the US iPhone grossing charts as of January 18th, entering the top 100 as recently as December 23rd 2017, the game is a consistent top 200 grosser despite its age.

There are of course premium offerings whose success is tougher to track. Adriaan de Jongh and Sylvain Tegroeg's excellent Hidden Folks proved a critical hit, with the team taking home the accolade for Best Indie Developer at the Mobile Games Awards 2018.

It's a genre that largely flies under the radar, then, but the appeal of hidden object has endured throughout the casual PC era and well into mobile free-to-play.

However, newer launches – even those from the resurgent G5 Entertainment – tend not to come with a bang. And while older games maintaining their audiences is healthy, the genre's growth will be dependent on a new crop of successes.

Too early, then – at least in a free-to-play context – to call it a hidden object renaissance.