Is HQ Trivia leading the way? 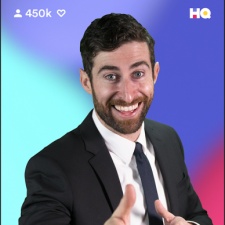 Boiled down to its essential ingredients, Intermedia Labs' title is about as basic a trivia game as you could imagine: 12 multiple choice general knowledge questions to answer, with a single wrong answer enough to be eliminated.

But with the addition of two simple yet powerful factors – real money prizes and real-time participation in broadcast events – it's become a viral phenomenon.

Just how big is HQ Trivia, though, and does its success tell us anything at all about the wider trivia category?

We took to App Annie's charts to find out.

The place to be

First launched in August 2017, HQ Trivia has been gathering pace – at least in terms of the impressive audience figures it's been pulling in – ever since.

However, given that on a good day it can attract a staggering 1.2 million synchronous players, the biggest surprise with HQ Trivia's rankings is that they aren't higher.

Indeed, the game has yet to break into the top five on the US iPhone downloads chart, peaking so far at sixth.

That in itself is impressive, however, and the game has been consistently inside the top 40 throughout 2018 so far – and in the top 20 for the most part.

Elsewhere, the game has peaked at 17th in Canada's iPhone downloads chart and 83rd in the UK's.

The latter is an audience Intermedia Labs has been specifically catering to in recent months, with the introduction of games hosted by a British presenter and consisting of questions more tailored to UK knowledge.

It seems little coincidence that HQ Trivia's peak position in the UK came on January 11th, just three days after the UK games began being broadcast, though downloads-wise it has yet to find anywhere near the consistency it enjoys in the US.

The appeal is by no means limited to the US, though, as China has been having its own live quiz game craze.

So what came before HQ Trivia? The obvious answer to this in a mobile context would be Trivia Crack, the 2013 title from Argentinian developer Etermax.

Its competitive quizzing, between Facebook friends or paired strangers, was itself something of an event back when it launched – a truly accessible mobile PvP game requiring little explanation.

It's got staying power, too. As of January 31st, Trivia Crack was 74th in the US iPhone downloads chart. Its grossing position on the same day was a less impressive 1,033rd, although the game is also ad-supported.

An ad-free version – priced at $2.99 – was also launched and still sits at 34th in the US paid iPhone apps chart.

But on the free-to-play side, though the game once hit eighth in the US iPhone top grossing chart, Trivia Crack seems to show that though there is major appetite for trivia games, convincing such a casual audience to spend money is a tough task.

A 2015 sequel, Trivia Crack Kingdoms, introduced a greater level of complexity – presumably in an effort to combat this – but yielded lesser reward.

It last appeared in the US iPhone games grossing chart back in December, at a lowly 1,449th. In the games downloads chart, on January 31st it hit 797th.

Monetisation, then, remains the biggest challenge facing trivia developers like Intermedia Labs – something we discussed in more detail here. Though it should be noted Etermax is making enough to seriously expand its studio internationally and is also eyeing up a Trivia Crack TV show to boot.

One example of a trivia app that's worked around the issue of direct monetisation is Total Trivia, which launched in November 2016. Rather than real cash prizes like HQ Trivia, it offers payers the chance to compete in tournaments to win real-world products.

The brands behind these products work directly with Total Trivia, which is how it works from a financial perspective.

It's not been a phenomenon, never breaking into the US iPhone download chart's top 100, but has been a solid performer since launch. More than a year after its launch, on January 31st, it ranked at 470th.

The appetite for trivia, then, is evidently present among the mobile audience. But so far, something about the category has seemingly rendered it unable to compete with other genres in monetisation terms.

Intermedia Labs, still toying with different approaches, will hope HQ Trivia can be the game to turn the tide.