What Supercell did next: Boom Beach masters the art of the follow-up

Fighting on the beaches

The Finnsider is our new regular look at the ever-dynamic and increasingly successful mobile development scene in Finland, hosted by former Londoner – and now a Helsinkiläinen - Steve El-Sharawy, Digital Engagement Manager at EzyInsights.

No one cares about the games Supercell launched before Clash of Clans and Hay Day.

The distant memories of Gunshine.net, Pets vs Orcs and the soft release title Battle Buddies are just that. 'Valuable learning experiences', claims CEO Ilkka Paananen, and seemingly not without merit.

But in this post €3 billion valuation world and two titles that have long dominated the free to play scene, all eyes are surely now eagerly following the performance of recently released base builder Boom Beach.

It's not just Supercell's own success that attracts attention upon this title. Expectations have been raised further since King.com's €5.7 billion valuation off the back of essentially one huge hit. Like Zynga before it, King's 'secret sauce' is the supposed source of its repeatable success/eternal youth/magical powers - delete as you believe appropriate. Fool me once…

It also wasn't long ago that the question hurled at Rovio repeatedly concerned the 'next Angry Birds', as though somehow the 'right place, right time, right product' planets would consider spinning wildly out of their natural orbit to align and gift the company an even bigger hit.

The next Angry Birds never came. What came instead was an impressive, aggressive transformation of a small games company into a merchandising powerhouse, a publisher, an animation studio, lemonade seller and creator of real life parks, all with a limited yet enviable IP.

The question eventually stopped being asked. The truth is Rovio never needed a 'next Angry Birds', and it's unlikely there will be another perfect storm that generates 100 trillion downloads or whatever it has reached so far (the guy in the red hoody must know.)

It's in the data

Similarly, Supercell - whose employees enjoy free fruit, fancy coffee machines and daily swimming sessions in their enormous tower filled with money, don't need another game to do as well as Hay Day or Clash of Clans, ever.

It could experiment with offbeat ideas for their next 50 games, or release a triple A nostril flexing simulator and would still monetise them well enough to turn a profit. But as they say, with great speculation comes great expectation.

A year and a half ago, as Hay Day and Clash climbed steadily up the App Store leaderboards right to the very top, the excitement within the relatively small company was no doubt electric. This time anything less than significant success would seem a disappointment (regardless of the amount of champagne they chose to knock back).

Yet Supercell remains stoic, quiet, composed - all very Finnish traits. It may not claim a special sauce, but it does have data - lots and lots of data - to back up their ideas of what will work.

Then there are the benefits of being an industry leader; an established player base, marketing reach on tap (advertising at the Superbowl is special, even pre-game) and the confidence of every app store owner.

Predictably then, Boom Beach rocketed up into the 'top free' charts on iOS. Slightly less predictably and a great deal more impressive was its rise to the top of the 'top grossing' chart for both iPad and iPhone in many territories.

Although it's worth bearing in mind that three places between titles on the leaderboard can be enormous in terms of financial performance, Boom Beach leapfrogging its stablemates is significant. Thanks to laissez-faire internal security at Supercell, we were treated to a dropped towel moment in February which revealed that Clash and Hay Day were (probably) pulling in over $5 million per day. Impressive.

It's still to be seen whether Boom Beach has the sticking power of Clash of Clans. It's polished, slick and likely to attract a great deal of the same sorts of player, so it's not unthinkable.

For neutral observers the appearance of a new player brings excitement to the speculation game. Over the next few weeks, jostling for positions within the top 5 or 6 is to be expected. But any premature retreat from the top ten will be a loud and unwelcome air raid siren.

Fighting them on the beaches seems like a winning strategy. Who knew?

An Englishman at home in Finland, Steve has spent the last decade working with data for online gaming, TV and social media. If you donâ€™t have a question, donâ€™t expect to get an answer.

Reply
Chris James
It's interesting how people have different perspectives on Boom Beach - my first instinct was that it was a little more sophisticated than Clash strategically, at least in terms of the offers with the flares and health power ups, etc.
Posted 7 years, 9 months ago 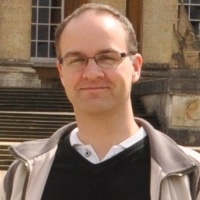 Reply
Kevin Nolan Proprietor at Space Hat Games
Boom Beach is a pretty darn fun game too - not as strategically complex as Clash Of Clans, it's simpler, more streamlined, and as impeccably well polished as you'd expect. A worthy lighter and more casual counterpart to Clash, I think.
Posted 7 years, 9 months ago