Steady as she goes: The monetisation of Lara Croft: Relic Run 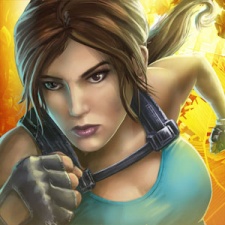 The end goal is to see whether the game makes a good enough case for us to part with our cash, or whether players are content - or engaged enough - to freeload.

When it comes to established characters around which to build an endless runner, you could do far worse than Lara Croft.

Her long-established penchant for legging it around tombs provides a fine set-up for a mobile experience in which puzzle-solving and shooting take a back-seat to other series staples, like acrobatic platforming and deadly ancient traps.

Simutronics, who undertook development, with Square Enix publishing, has done a solid job of making it feel more Tomb Raider than Temple Run, with shooting and vehicle sections breaking up the standard gameplay.

For the most part, though, it's just what it looks like: a lane-switching runner, a la Subway Surfers, with Lara Croft as the protagonist.

So, how have the companies approached the monetisation of what is, in mobile terms, quite a traditional experience? And does it present an appealing offer to the player?

Relic Run features a relatively stripped-back approach to monetisation, a throwback to the early staples of free-to-play.

There's no energy system or video ads to be seen, meaning that you can maintain an uninterrupted pace throughout. Indeed, if you wanted to play Relic Run for several hours at a time, without paying, there would be nothing tripping you up.

Instead, it puts its faith in the premise that some players would rather pay their way to enhancements than grind through several hours of what is much the same experience each time.

Purchases run the gamut from low-cost consumables to significantly pricier permanent upgrades, and even entire new environments in which to run (although only one of these has been released thus far).

There are also new outfits and weapons to buy and upgrade.

There are two currencies in Relic Run: coins (soft) and gems (hard).

As you'd expect for an endless runner, particularly one without an energy system, it's neither difficult nor time-consuming to collect a decent haul of coins through standard play.

The function of coins is effectively limited to consumable power-ups and low-level upgrades for weapons which, at a certain stage, require gems to be taken further.

But, considering how quick and easy it is to accrue gold free of charge, it's hard to begrudge this.

Occasionally, on a good run, you might pick up 1 or 2 gems. There are also supply drops, little batches of random rewards doled out every few hours, that might give you another handful.

Outfits ... are primarily aimed at series fans who have a nostalgic fondness for Lara in particular gear.

To put that in context, a fairly middle-of-the-road upgrade for Lara's dual pistols costs 50 gems. That amount would take a long time for a non-payer to save up, and some purchases cost far more than that.

Additional outfits, for instance, cost 150 gems each just to unlock at their base level. But this would only be an issue if such purchases were in any way essential, and they're frankly not.

The shooting segments are only 5-second flashes among the standard lane-switching gameplay, making upgrading all the weapons seem like a luxury rather than a necessity.

As for outfits, such purchases are primarily aimed at series fans who have a nostalgic fondness for Lara in particular gear - not something likely to affect the experience for the average player.

Regardless, the low starting price of IAPs - the $0.99 tier for 100 gems is a particularly nice touch - makes an impulse investment more likely, even if the rewards are largely frivolous.

A significant portion of the in-game store is also given up to packs which eschew the notion of pricing in coins and gems, instead stating their prices plainly in real money.

Including two weapon packs and an outfit pack, it's perhaps an attempt to encourage those who may be less au fait with the conventions of free-to-play to spend money.

In closing, then, Lara Croft: Relic Run is refreshingly free of systems which deny you enjoyment based on your willingness to spend money. Broadly, everyone gets the same experience here - barring a few aesthetic differences.

Soft currency is handed out in plentiful quantity and can be used to reap worthwhile rewards, while none of the purchases requiring hard currency are essential enough for non-payers to feel hard done by.