Mainly the same but a bit different: The monetisation of Siegefall 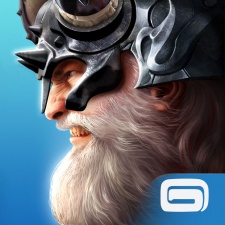 The end goal is to see whether the game makes a good enough case for us to part with our cash, or whether players are content - or engaged enough - to freeload.

This time, we're taking a look at Siegefall, Gameloft's take on the mobile strategy management genre.

Siegefall is from the team behind Modern Combat, although you wouldn't know it. This time, rather than Call of Duty, Gameloft has directed its focus towards emulating another multi-million dollar franchise: Clash of Clans.

Like so many of its kind, Siegefall leads with its own tweaks to the familiar formula. Here it's the addition of the hero system that most new strategy games use, and more interestingly, a consumable card-based system for activating mid-battle abilities, around which much of the monetisation is based.

From restoring health to summoning a fire-breathing dragon, these cards can provide many functions to swing battles in your favour, although the game doesn't go down the full CCG route of having random Gacha selection,  leading to card fusion and finally collection.

This makes the Card Crafter and the Card Keeper important parts of your base setup, alongside genre mainstays like gold storage, and therefore crucial for progressing.

Siegefall doesn't ease players in with quite the same generosity as Rival Kingdoms.

Otherwise, it's very much what you'd expect for a game of this kind, but just lacking the level of polish that makes Rival Kingdoms - another recent strategy game from UK studio Space Ape Games that we covered in the In-App Inspector  - feel special.

However, our primary concern here is obviously monetisation - how do things stack up in this department?

Siegefall doesn't ease players in with quite the same generosity as Rival Kingdoms, but it's by no means unfriendly to the new player either. The first wait timers can be skipped for free, and you start out with a reasonable haul of gems.

The economy is familiar: gold is the soft currency, gems the hard. The former is accrued in your base over time and given in vast quantities, while the latter is reserved for special rewards and real money purchases.

The things they're used for are conventional, too. Gold is used to summon new troops and cards, while gems are used to purchase missing resources and generally hurry along the construction process.

You'd think, given Siegefall's embracing of a card-based approach and the lucrative nature of the mobile CCG, that a large portion of the monetisation would be given over to random card packs and similar tried-and-tested systems.

However, staying more within the confines of the strategy management formula, cards are handled a lot more simply.

The Card Crafter is a building in your camp that allows you to create cards for use in battle. Coming in varying levels of offensive and defensive power, these can be of vital importance.

It offers two tiers of card purchase: a soft-currency regular pack that yields a mixed selection, and an ultimate pack that guarantees at least one powerful ultimate card in return for a rare currency called Magic Dust.

Magic Dust is only made available as a reward for completing certain sieges and fulfilling objectives.

Magic Dust is only made available as a reward for completing certain sieges and fulfilling objectives - this means that Gameloft has opted out of locking its best cards behind a paywall, which is commendable.

More aggressive monetisation of the card system could have been an attractive proposition from a financial perspective, but juggling the monetisation of both gems and cards would run the risk of alienating players.

If you should be inclined to make a purchase, the haul of gems you receive probably won't last very long. The effects of your purchases, however, will be lasting.

Now with a much stronger camp, a better selection of cards, and a higher level, I feel like a small investment during the early game is worthwhile for the quick progress it will allow you to make.

Furthermore, having previously forgotten to check up on my Checklist - essentially a rewards system for completing certain tasks, as seen in many games of this type - I found that my rewards had amounted to nearly 150 gems in little over an hour of play.

By looking at the later tasks on the Checklist, it seems that this initial gush is likely to slow to a trickle as you put more time into Siegefall, but rewards equalling $2.99 in value are certainly not to be sniffed at.

Looking at the monetisation as a whole, then, it's hard to complain.

Non-payers may find the steady plod galling as their paying counterparts accelerate at great pace, but the flow of gifted hard currency will allow progress nonetheless - albeit at a slowed rate.

Welcome, too, is the addition of the battle deck, and in particular the non-intrusive way in which its monetisation is handled.

The formula may not set my world alight, but this remains a respectable example of solid execution.

How does Gangstar New Orleans monetise?

Reply
Rajveer Kothari
Siegefall also carries out a lot of star players focused events. Event news and other announcements feature pictures of the top players which is quite an aspirational social position to have in a game.

As for its hard currency, the game doles out a generous sum to players. I wonder if they are following footsteps of Boom Beach in this aspect.
Posted 6 years, 6 months ago