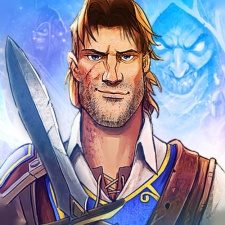 This time, we're taking a look at The Incorruptibles, the MaxPlay-published take on the mobile strategy genre developed by BonusXP - a team of strategy veterans with credits on the Civilization and Age of Empires series'.

The Incorruptibles isn't the sort of game you get the hang of straight away, which is unusual for a mobile strategy title.

We're used to firing up the likes of Space Ape's Rival Kingdoms, Gameloft's Siegefall, or - mentioning it is unavoidable - Clash of Clans and understanding how to play at least semi-effectively from the off.

This is certainly not the case with The Incorruptibles, which has a fairly minimal tutorial and - by mobile standards - quite a steep learning curve.

When battling you have direct, tap-to-move control over multiple units, assigning them to target different enemies or structures. Maps are large too, meaning that there's a lot of swiping to pan around the landscape.

There are also resources to manage on the fly, with villagers that can be spawned and assigned to gather either fruit, wood, or stone - each of which serves its own purpose on the battlefield, such as replenishing units or launching powerful special attacks.

The Incorruptibles has a fairly minimal tutorial and quite a steep learning curve.

As if this wasn't enough, you have a keep which spawns your troops (and can be upgraded using the aforementioned resources to spawn faster and in greater numbers).

The mission is failed when this keep gets destroyed, adding a more tower defence-style back-and-forth rhythm to the game.

Already, it should be clear that there's more going on here than in your average mobile strategy game, with a lot more plate-spinning and strategic thought involved in each battle.

For some, this will be to its detriment.

Indeed, in my first experience with The Incorruptibles I was reminded of the time that an unbelievably patient friend tried to teach me to play popular PC MOBA Defense of the Ancients - nowhere near as arcane, of course, but the same feeling of being overwhelmed.

However, in July 2015 I argued that there needs to be more breadth of choice in the mobile strategy genre - not dozens of Clash of Clans clones, but genuine choice - and I now think The Incorruptibles is a great example of what I was lobbying for.

Monetisation is the area in which The Incorruptibles is least remarkable.

BonusXP has chosen its battles wisely when approaching mobile; the UI remains broadly similar to the established crop of games, while the building component will be familiar to any mobile gamer.

Instead, it's just the stale combat that gets an overhaul, resulting in something that can be called an RTS without qualification; not simply lumped in with the genre on a technicality.

Somewhat unfortunately, given the thrust of this feature, monetisation is the area in which The Incorruptibles is least remarkable.

This is no bad thing, of course, it's just not an area in which the game stands out either positively or negatively.

There are two soft currencies/resources in the form of Mana and Gold, which are generated at your camp and used respectively to create and upgrade different kinds of buildings as well as unlocking new units.

Both generate at a pretty reasonable rate, and can also be earned in good quantity through winning battles.

Gems are used primarily to skip wait timers and buy resource chests, which range from 50 Gems (approx. $0.50) for a Rusty Chest of common items to 800 (approx. $6.70) for a Silver Chest of Legendary and Epic items.

Gives with one hand, takes away with the other

However, when you're forced by the tutorial to buy a Rusty Chest, you're actually charged 50 of those 75 Gems to do so - a cost you're forced to bear in order to progress.

While it's commonplace for a tutorial to forcibly make the player engage in microtransactions early on to introduce the concept of spending, these are usually given for free in this instance.

The Incorruptibles is an enjoyable twist on the strategy genre.

It's still only free currency you're spending when all said and done, and you get to keep the content of the chest, but it's a surprising stance to take.

One wonders if there's an underlying theory: perhaps engaging with paid content only when it's free is hollow, and the process of actually spending something - even something received for free - is more conducive to becoming a paying player in the long-run.

Speaking of spending, as is becoming the norm for this series I opted for what I thought was a starter bundle. Dubbed Quinn's Gem Sale, it offered 1,000 Gems for $4.99 - double the regular yield of 500.

However, upon purchasing, I realised that I could continue to buy more and more bundles under this offer until the end of the promotion - a nice touch, but it remains unclear whether this is targeted at new players or if I simply experienced fortunate timing.

Regardless, with the 1,000 Gems I have purchased two Iron Chests at 400 apiece (approximately $8.00 total when not under offer), plenty of wait timer skips and 'missing resources' bypasses, and still have nearly 100 left over.

The power of immediacy

The Incorruptibles is an enjoyable twist on the strategy genre, then, and its IAPs appear to offer good value, but it also reminds me a little of Flaregames and Superweapon's Dawn of Steel - a game I enjoyed and respected, but have stopped playing.

Maybe I don't practise what I preach. Maybe this is why nobody wants to rock the boat in the mobile strategy genre, afraid that more involved gameplay will struggle to retain players. Maybe there's something to be said for clones, after all.

How does War Dragons monetise?

How does PopCap's CCG debut Plants vs. Zombies: Heroes monetise?