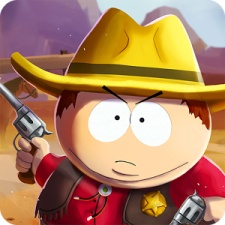 This time, in collaboration with analytics company DeltaDNA, we're bringing you even more monetisation analysis.

For this special IAPI Extra, we're taking a look at Ubisoft's South Park: Phone Destroyer, the CCG strategy game based on the animated sitcom.

South Park has an interesting history with free-to-play games.

In 2014, the animated TV series took on the business model in typically uncompromising fashion, with an episode that featured the line "Freemium: The 'mium' is Latin for not really."

It was a source of much debate within the industry and it was always unlikely that this would be forgotten when, three years later, Ubisoft launched an officially licensed South Park mobile game with a free-to-play model.

South Park: Phone Destroyer addresses this elephant in the room immediately, with a warning message that reads: “This game contains both in-app purchases and the option to watch ads for rewards... in-app purchases cost real money and are charged to your account and for those reasons this game should not be played by anyone."

The tone is set for a self-referential and tongue-in-cheek F2P experience.

It's a bold move and one that sets the tone for a game that is self-referential and tongue-in-cheek in regards to its own business model.

The game itself is pretty simple, effectively a CCG in which cards are dragged onto the battlefield to bring new characters into the fight – rather like a pared-back Clash Royale.

This means that the metagame focus is on gathering new cards and upgrading your deck, which is where spending is encouraged.

I generally feel that free-to-play monetisation can be better embedded and contextualised within game worlds, but while South Park: Phone Destroyer could probably have been more creative in this regard, its efforts remain above and beyond what most free-to-play games are doing.

The in-game shop is represented on the game's main menu as an actual building, with Butters as the shopkeeper. Cartman makes exaggerated reference to the shop's generosity, in reference to the free card packs it gives away every few hours.

South Park: Phone Destroyer's soft currency is Coins, the primary use of which is to upgrade cards. In much the same way as Clash Royale, cards here can only be levelled up when a certain number of duplicates have been collected.

But here there's a more granular upgrading process alongside this, requiring a combination of Coins and specific materials – found in card packs, or bought using Coins when they appear among the shop's rotating stock – to upgrade individual attributes.

Coins are available readily enough, but this reliance on upgrade items can slow down the upgrading process, presumably to incentivise the purchase of premium card packs.

However, upgrade items can also be earned – along with Coins, or new character cards – when the player is given the chance to choose to open three reward lockers out of a selection of 10 after completing each story mission.

PvP Tickets can be used to buy outfits, character cards and upgrade items.

If you don't get what you're after in this lucky dip, additional lockers can be opened using Cash. Going back to replay these stages after completing them – each has 15 tiers of difficulty – will also yield improved rewards.

The same locker-based reward system exists for the game's PvP component, but it's a different currency that gets dished out: PvP Tickets.

These can be used in their own section of the store to buy outfits, character cards and upgrade items.

But mostly, whether it be through genuine vision or being boxed in by South Park's strident takes on F2P in the past, Phone Destroyer keeps things very light monetisation-wise.

This is best summed up in the absence of some industry-standard techniques: no energy system, nor even a Clash Royale-esque timed unlock process and no option to pay currency to revive in failed battles.

Indeed, despite the warnings, I've yet to even see a rewarded ad.

The sell is a soft one and remarkably straightforward: if you want extra cards, you pay money. If not, there's more than enough opportunity to progress without doing so.

South Park: Phone Destroyer is a fun game that takes the spirit of the franchise in its stride and perhaps due to the show’s past criticisms of free-to-play it is clear they have been mindful in how it’s implemented here.

The introduction to gameplay eases players into the usual modern CCG mechanics and a fairly open battle system akin to games like Clash Royale. However the difficulty curve ramps up fairly quickly and within a couple of days’ play some PVE missions and particularly PVP feel insurmountable.

Similarly, the card upgrading and levelling process seems simple at first but upgrading beyond level 2 takes a long, long time.

Though it’s never specifically pointed out, players can replay previous PVE levels to farm the many upgrade materials and currency needed, but getting cards to level 3 quickly becomes extremely grindy even though there’s no annoying energy mechanism to limit play.

That said, monetisation is only very lightly pushed. There were only a handful of pop-ups during the first few days indicating a special offer pack is available and it sounds pretty generous giving a large number of cards and some upgrade materials.

The cost requires buying $10 of in-game currency but the leftovers can be spent on a variety of tasks or hoarded for the future.

Opening the pack and seeing all the cool cards was a fun experience, but you suddenly realise afterwards that not all of these packs include coins which are needed to upgrade and level up your new toys to make them actually competitively usable.

In-game currency can be used in areas other than packs, for example to refresh PVP pack availability or open extra lockers for level completion rewards, but it seems like packs are the best value option - though it may be wiser to go for the packs that include coins rather than some of the special offer card packs.

'The catch here is that players aren’t specifically directed to the pack shop, so may end up spending their currency on the less productive areas.

This is where the light approach to monetisation not only undersells the game but also lets the players down - by shying away from pushing monetisation, the game is missing an opportunity to let players know there is a route they can take if they get stuck, the alternative being that they are at greater risk of churning.

Overall, there appears to be a solid game here but the difficulty spikes and grindiness are likely to turn off less determined players within the first week and the lighter touch monetisation actually works against the players who don’t explore the Pack Shop off their own initiative and puts retention at risk as a result.'

How does Assassin’s Creed: Rebellion monetise?

How does Hungry Dragon engage, retain and monetise?