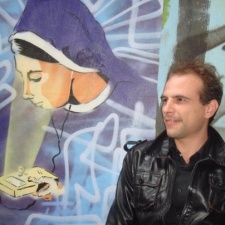 As part of Pocket Gamer Connects Helsinki 2016, a panel of experts discussed why it’s important to create a brand around your game.

On the panel were:

“The way I see branding is establishing an identity for your product or service, and brand marketing is the vehicle to communicating that through various different touch points,” said Squire, explaining what brand marketing is.

Later, Calrysse discussed why Finnish developers such as Rovio and Seriously went for brand marketing beyond user acquisition, and referenced some of the thoughts of Seriously CEO Andrew Stalbow, who has also worked at 20th Century Fox.

“Mobile games have a chance today to do Hollywood in reverse,” said Clarysse.

“Which means, instead of doing the big movie, then the merchandising and then the mobile games, you start with the mobile games because it is infinitely cheaper than to make a triple-A movie, and you get a tonne of engagement with millions of fans, from which you have a brand you can build."