Anders Lykke breaks it down by the numbers 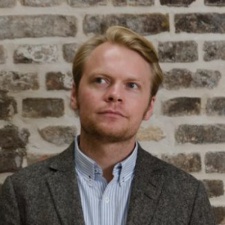 "The good news is that you're in the right industry," started Lykke, pointing out that mobile games is "fuelling a new economy within the industry" that is growing faster than other gaming platforms.

The rich get richer

The problem that indies face, suggested Lykke, isn't that they don't get ranked highly in the stores, but that they don't stay in those ranks - 90% of new games drop out of top 200 grossing chart after their first week of release.