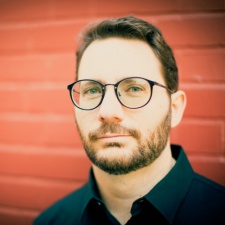 Natsuume has been making games since 1994, including titles on PC, console, and mobile. He is currently the creative director and co-founder of Boomzap Entertainment, one of the top independent casual games development studios in the world.

Chris Natsuume: Boomzap Entertainment is a casual games developer registered in Singapore with a virtual office environment. It was formed in 2005 and currently has around 30 employees all over the world.

Boomzap has released over 50 games to date that are ported on various platforms. Boomzap has developed for Microsoft Windows, Mac OS X, Nintendo DS, Wii, iOS, and Android.

To be very honest, it has been a somewhat sad journey for me to watch how computer games have progressed.

Its games are available on games portals such as Big Fish Games, Yahoo!, WildTangent, GameHouse, Google Play, Amazon, iTunes, Steam and others.

I am the co-founder and creative director. We are a small company so I am involved in various aspects including business development, creative direction, and leading/training the designers, QA, and marketing teams.

I got into the games industry immediately after college. I’m a huge Dungeons and Dragons player. I just love the idea of people gathering together to make new worlds and letting the creativity and imagination run wild.

Back in the early days of computer games, there were a lot more of imagination as well as willingness for players to spend time exploring and not necessarily knowing everything from the very beginning.

To be very honest, it has been a somewhat sad journey for me to watch how computer games have progressed. Computer games used to be a way for us to really explore our imaginations but now it seems like it’s just a way to try to steal time from people in exchange for a couple of pennies worth of ad revenue.

Actually, I spent a lot of time recently thinking about this question because I really wonder if the real reason that I got into games still exists in this industry.

Learn how to program. Programmers serve as a place where the rubber meets the road in games development. If you want to be directly responsible for realising your dreams, then you have to know how to code so that you can be in some sort of equal level with programmers about how to achieve what you want.

The biggest issue with games development is not usually coming up with unique ideas for your game, but the technical challenges involved in making it happen. The better you understand the technology and how everything works, the closer you can get to your dreams.

I'm a little bit concerned about the rise of hyper-casual games. But I think a lot of what's happening right now in the industry is very short-sighted. I think we're willing to burn out users and try to keep them for money for what are, in many cases, really poor gameplay experiences.

People focus a lot on things like retention and monetisation, but you don't hear people talk about fun very much anymore.

People focus a lot on things like retention and monetisation, but you don't hear people talk about fun very much anymore. At some point, this is no longer a tenable period where, if we fail to provide quality content, sooner or later our audience will move on to some other form of entertainment.

We're currently in a golden age of movies, television and music. All these forms of entertainment are producing some of the highest quality content in history, particularly television. I'm not sure we can say the same about games.

I think we're going to see a continued rise in premium and PC games. People are looking for more meaningful experiences and I don't believe mobile is offering that right now.

Also, the rise of real competitors to Steam is creating an environment where I hope they will start acting as real publishers again and be able to support developers better. In that environment, we may see PC games have a real revival.

Now, it’s the opposite. You meet so many people who come from a business or marketing background and they think that there’s a tonne of money to be made being in games.

Hong Kong. Right now, it is by far the most exciting place in the world for games development. Hong Kong has always been a city where East meets West.

It's a wonderful location and a wonderful time for people to be talking about running between the East and West of games development.