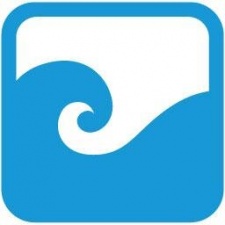 Chinese company PapayaMobile has released its quarterly report based on trends from its Android mobile advertising platform AppFlood.

As might be expected, traffic on the network continues to rise.

The money spent on mobile advertising is growing faster, though. It's up 62 percent quarter-on-quarter.

Looking at the breakdown of how mobile advertising is displayed, for AppFlood it's all about interstitial ads - which make up 70 percent of inventory - although Rich Media (video ads) is rising fast; up 34 percent month-on-month in 2014 so far.

Given PapayaMobile is based in China, it's no surprise that it's largest region in terms of traffic is Asia, although the Middle East is similarly-sized, despite having a much smaller population.

Looking at Europe, the largest market for Chinese advertisers in Europe is Russia at 19 percent, while key EU5 terriorities such as Germany, Italy, Spain and the UK are at 8 percent and 7 percent respectively.

When you drill down into how this traffic converts into app and game installs, it's a different story, however.

And it's this sort of behaviour that means North America remain the key region in terms mobile advertising spend on AppFlood.