Design Home is following in the success of Covet Fashion 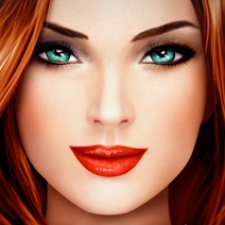 One of the surprise deals of 2016 was Glu Mobile dropping $45.5 million cash on little known mobile games outfit Crowdstar.

Back in the early days of free-to-play social Facebook and mobile games, the San Francisco-based Crowdstar launched simple titles such as Happy Pets and It Girl.

Promoting a vision of making games specifically for women, it also raised $49 million in four investment rounds from the likes of Intel Capital, Time Warner Investments and Chinese outfit The9 too.

Yet it wasn’t until mid-2014 when its title Covet Fashion - Dress Up Game entered the top 100 top grossing iPhone charts in the US and Canada that the developer started to fulfil its potential.

An interesting mix of general dressing up, completing daily events and competing with other players - Covet Fashion has a mode where players vote on the best costumes - the game continued to be a mainstay of the US top 100 top grossing charts throughout 2015 and most of 2016.

One key driver of this performance was its deals with over 165 real world brands such as Calvin Klein, Nicole Miller and Sephora.

Not only do they keep the content fresh, they also enable the game’s 600,000 daily players (the monthly total is three million) to purchase real world items.

In this way, Crowdstar added advertising and affiliate revenue to its majority in-app purchase stream.

And now it - and new owner Glu - are looking to repeat the formula with the studio's latest release Design Home.

Applying the same gameplay to interior design, Design Home launched on November 2016 with real-world brands such as Design Within Reach, Serena & Lily and Taylor Burke Home, as well as US design-focused network HGTV as its exclusive media partner.

It’s off to a good start.

Already a top 100 top grossing game on the Apple App Store and Google Play in the US, Canada and Australia, if Design Home can sustain its performance in the manner of Covert Fashion, the Crowdstar acquisition - the last carried out by Niccolo de Masi, who after seven years as Glu Mobile CEO has left to joined Andy Rubin’s latest hardware startup as COO - will have been vindicated.

And Glu Mobile - which started out specialising in core games such as Gun Bros. and Contract Killer, before morphing into the home of celebrity tie-ins like Kim Kardashian: Hollywood - will have made another successful transition.