ustwo on how PR drove sales of its MouthOff app 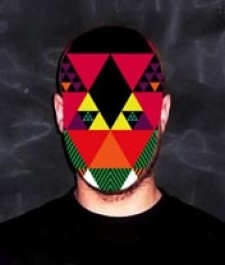 January 11th, 2010 - 04:04pm
By Guest Author
In the first of a series of guest columns from studio ustwo, creative director mills considers how developers can market their apps.

2009 was a big year and massive learning curve at ustwo. We've successfully launched 16 quality apps, trying to be as innovative as possible with the marketing of each launch. Some have been very successful, whereas some have failed to get the download numbers they deserve.

We're constantly learning about what drives downloads and what doesn't.

As a small design development house trying to maximise the success of each app, we've spent time, resources and limited budget trying to compete with the bigger brands and studios that dominate the App Store top 100. Crying about Apple not helping you isn't the way forward. But making a quality app is only half of the battle. It's equally about promAPPtion.

One thing's for certain - app promotion is not easy. You'll need a combination of luck, drive, passion and innovation to succeed in this exceedingly overcrowded marketplace. The bottom line is time spent on marketing will very rarely, if ever, bring app sale returns, but if you don't market, you have no chance. 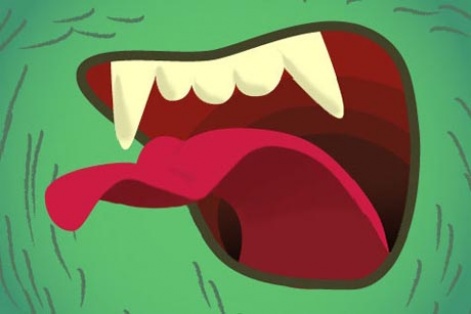 For small developers however, 2010 should be the time you throw off your tunnel vision specs. If you don't think about how users will hear about your app, all those hours spent honing them will be wasted.

Competing with the big brands that have the power and influence to promote their apps through high profile App Store placement is becoming an ever-increasing battle. For big brands it's easy - why waste valuable time and effort promoting something when Apple will do it for you!

At ustwo we believe in the power of PR alongside marketing, advertising and begging. Getting your app coverage via PR is one of the best ways to get maximum exposure and eyeballs, and if you keep plotting away, maybe you'll be lucky enough to hit the jackpot.

To demonstrate this, we've highlighted some golden PR moments we achieved for our app MouthOff. Hopefully this will inspire developers to get involved PRing their own apps. If we can do it - anyone can!

1. Creative Review Blog
MouthOff was reviewed with the video being viewed over 145,000 times making it second most popular video on the Creative Review site. Total sales generated 3,000.

2. Techcrunch
MouthOff was included in TechCrunch's The 35 Best iPhone Apps Of The Year (So Far) article. This helped drive downloads massively and to this day still does. PR like this is invaluable. Total sales generated 4,500.

3. BBC 2 - Something for the Weekend
MouthOff was featured on this popular UK TV programme. Following this exposure we achieved 1,600 downloads in one day alone. Total sales generated 2,500.

Our final highlight of 2009 involved a seasonal slant. All apps should be promoted seasonally. Luckily for us MouthOff had previously been picked up by a company called Recombu where it was featured in a video on how to make an iPhone robot mask. This achieved over 90,000 views.

Because of its success it was then picked up by Engadget and then, following the Helloween update of MouthOff, was also picked up by CNN.

We estimate the combined exposure for this video achieved over 4,000 downloads.

ustwo is a multi platform development studio based in London, UK and Malmo, Sweden - 50 strong and growing rapidly in notoriety. During 2009, the studio developed and released 16 apps including the infamous MouthOff, . (48hour series), Steppin, and Reebok's iSprint. ustwo's apps have sold globally and have become brands in their own right.

mills is well known within the industry with his refreshingly honest and open approach being well received by developers, gamers and fans alike.

Reply
Maureen Smith
Hey I purchased this app for fun with my grand kids and it loaded alright but it DOESNT WORK!
All I paid for was cartoon looking pictures of mouths!
I've deleted and re loaded the app several times but to no avail!
WTF?
Refund or make it work????
Plus contacting the creators is near impossible!
Not happy.
I will share this bad news app info with others if I get no response or help!