This just in from the UK press: England victory assured 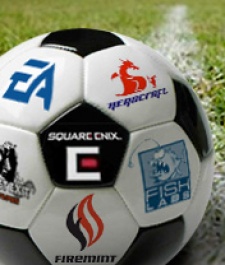 May 24th, 2010 - 05:13pm
By Rob Hearn, Managing Editor
In a couple of weeks, 32 football teams representing 32 countries will fly to South Africa to take part in the FIFA World Cup. Their goal: to establish which nation produces the men most capable of kicking a watermelon-sized ball into a large net.

Suffice to say with an objective of this magnitude we really can't do it all alone: we need your help.

If you've made a game you think is unbeatable, or if there's a game you just happen to really love, this is your chance to earn it and the country that produced it recognition on a global scale. And quite possibly some kind of trophy.

You'll be able to nominate your favourite developer and game in the form below for the rest of this week  voting closes at midnight on Sunday 30th May, so let's err, kick off!

MESSAGE FROM OUR SPONSORS: The iPhone Game Developers World Championship 2010 is brought to you by Pocket Gamer in association with FlickKick Football > check it out!