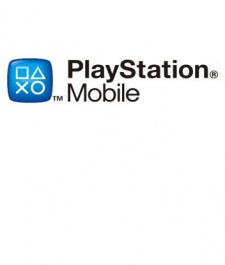 September 3rd, 2012 - 04:40pm
By Keith Andrew
Developers: How many of you are planning to support PlayStation Mobile?

It's something that occurred to me last week, while taking on the original Metal Gear Solid on my PS Vita.

Despite my open support for Sony's handheld, I'm ashamed to say my current run with Solid Snake is the first time I've even picked up my Vita aside from a quick dust during the last 5-6 months.

It should be noted that, after much early hope, Vita's launch has been truly bungled.

A slick promo campaign at launch (in Europe at least) has been followed up by ... nothing really. The device has largely fallen off the radar as far as consumers are concerned.

Indeed, there are a number of elements for which Sony has dropped the ball.

The suite of original PlayStation games that hit the device last week  of which Metal Gear Solid is one  should have been there from day one.

The handheld is perfectly suited to take on tablets  a market Sony appears to have been more than aware of during its development based on the end result  yet it is instead being lined up against 3DS, which will always be offered at a lower RRP.

PS Vita is by no means a full-on 'failure' yet, of course.

Sony's worrying financials aside, the firm can effectively wait for it to take off, or reposition it at a later date. There is genuinely every chance that, in a few years time, it could be sitting on a respectable userbase.

However, PS Vita's performance so far means my faith in Sony to pull off PlayStation Mobile  the firm's multiplatform framework designed to support a multitude of Android devices as well as PS Vita itself  is fast being eradicated.

At its initial unveiling, I billed the then PlayStation Suite as the most important move Sony had made in some time.

It was a move designed to give Sony a hand in the burgeoning mobile market beyond the confines of its own hardware - making use of the PlayStation brand to become a driving force for games development within the Android ecosystem.

After Sony's limp performance at Develop in Brighton back in July, however, it seemed clear to me that developers  perhaps in mind of PS Vita's slow start  were in no rush to devote vital resources to support it.

In fact, the number of prominent mobile outfits I know of that are signed up to support PlayStation Mobile is few to non-existent.

Which is why I ask how many of you reading this article right now are planning to hop on board with PlayStation Mobile ready for day one.

I suspect many will say they're going to sit it out for now and see what happens.

Problem is, if Sony is to have any impact on the mobile gaming scene beyond seeing its logo plastered over the odd Android handset, PlayStation Mobile needs to launch with a sizeable library from the get-go.

The platform as a whole still has huge potential. Though in different circumstances, Amazon has proved it's possible to gain ownership of the Android ecosystem with the right approach.

But it's going to take a willingness from Sony to listen to what developers want and an appetite from studios to support another new vehicle if that potential is going to be realised.