Ode to the old school: The making of Arcane Legends

Why MMOs are in Spacetime's DNA 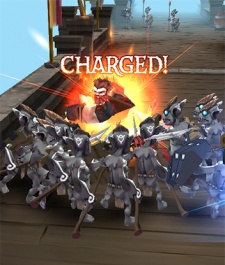 The latest of these, Arcane Legends, recently launched across iOS, Android, PC and Mac, and CEO Gary Gattis believes it is the culmination of everything the studio has learned so far.

We caught up with Gattis to discuss the making of the game, correct IAP implementation and the challenges of mobile MMO development.

Pocket Gamer: You've now released four MMOs on mobile devices. What is it about the genre that keeps you coming back?

Gary Gattis: We're old-school MMO developers - from Star Wars: Galaxies all the way back to Ultima Online for some of us - so MMOs are in our DNA.

The complexity of these games, from an architecture and content point-of-view, is enormous. 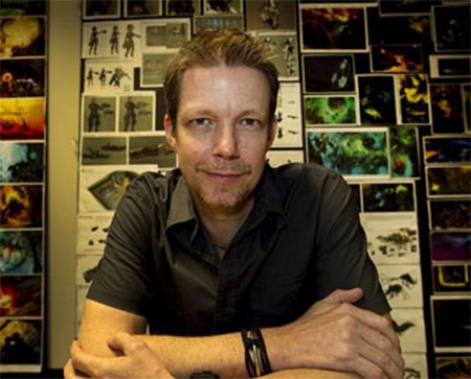 Our love of the genre, combined with our technological foundations and development disciplines are what allowed us to bring 3D MMOs to mobile in the first place.

We keep coming back because we love games-as-a-service. Live service, combined with the speed of iteration on mobile, is the most exciting game development there is.

What are the key lessons you have learned learn from the creation - and support - of each of your previous MMOs?

With Pocket Legends we learned that in order for MMOs to be viable on mobile the typical session length needs to be modified to fit the platform. In other words, you need to be able to get into the game and have a powerful experience in five minutes or so.

With Star Legends, we learned that intense cooperative play and environmental puzzle-solving is possible on a mobile device, but people need a lot of guidance in getting there.

With Dark Legends, we learned that the energy mechanic that has monetised so well on Facebook is not appropriate for real-time 3D gamers - we pulled it out a few weeks after launch.

And with Arcane Legends, we have learned that focusing on each step of the user acquisition funnel really pays off!

What were the key areas of innovation with Arcane Legends?

One main innovation is our Companion system.

We wanted to add a gameplay mechanic that the player could develop an emotional attachment to. Pets matter in combat, and are not just be a vanity object that follows you around. They grow with you, and you care for them.

We also added 3D cutscenes. The game is very heavily story-driven, and we needed a way to convey significant plot points to the players. 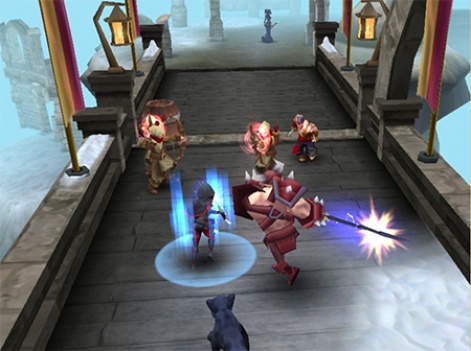 Additionally, Arcane Legends is a best-of all our previous titles. We took the most beloved mechanics from each game and rolled them in to a single experience.

Examples are the pick-up-and-play matchmaking of Pocket Legends, the environmental puzzle-solving and complex boss fights of Star Legends, and the chargeable attacks and skills from Dark Legends.

What other MMO developers do you look to for inspiration, both within and without the mobile industry, and what have you learned from them?

We have a huge respect for Bioware and the way it tells stories through games. We love the way Valve runs its corporate culture. We are inspired by Wargaming.net's player-support and outreach.

We think Riot has perfected its free-to-play monetisation strategy.

Finally, were very impressed with Supercell's platform philosophy -not to mention its success.

How big was the development team and how long did the project take?
Arcane Legends took about seven months to complete with 15 developers, give or take.

What tools did you use?

We are able to leverage our proprietary technology - the Spacetime Engine - to do some really unique and amazing things, like allowing iOS, Android, and PC users to play together, all around the world, on a single server, over wifi, 4G, 3G, or Edge networks.

This engine was developed to build and deploy stable content for large-scale PC MMOs. After many twists and turns we ported the engine to mobile in 2010 with the release of Pocket Legends. 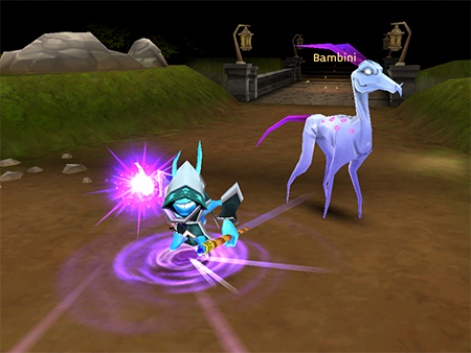 What was the biggest challenge you faced?

The science of game analytics has brought so much insight into game production.

In looking back at our previous games, the two things we really wanted to improve upon were our player-acquisition funnel and our 7-day retention curve.

For the funnel, we focused on making a very lightweight product that you could quickly get into.

For the retention, we did things like Companions, Allies - who give you something every day - and an engrossing story that drives the user further in to the content.

The app is lightweight to download, well below the limit on iOS. It is then fleshed out with patches once purchased. What are the advantages of this approach?

We spent a lot of time breaking up the game in to disparate segments. It downloads fast, starts quickly, picks up any critical new things with a patch, and streams in the rest of the game while the player is in the tutorial.

We have found that many more people will make it through the initial download and subsequent patches. It literally doubled our funnel throughput.

What have you learned about IAP implementation since you first adopted the model and how has that influenced Arcane Legends?
Pocket Legends initially had a pay wall, where you could play for free up to a certain point, but you had to monetise if you wanted to go further.

One year in to the product, we decided to give the whole game away for free, and we never looked back. In fact, we had a lot of fun with it.

We have also learned that pay-to-win is very dangerous, so we try to balance the game such that you can play the entire thing without paying us a cent, and the best items are found through gameplay, not in the store.

How has the response been to the game in terms of downloads, compared to both expectation and your previous, similar releases?

The response has been amazing.
Arcane Legends received two million downloads in its first two weeks. We're seeing five to ten times the daily active users of all our other games combined. We're thrilled!

And what about IAP? How well has it performed compared to expectation?
Arcane Legends is monetising very healthily, percentage-wise on par with Pocket Legends.

We are dropping a huge expansion and raising the level cap next week. It continues the story of the City of the Dead, and contains some really harrowing adventures. 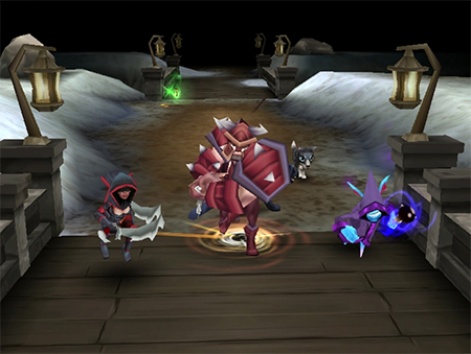 We have our next three campaigns mapped out, which should take the players up to level 35. They will be released approximately every six to eight weeks.

Youre currently having some problems with gold hacks. How deep is the problem and how serious is the issue both for yourself and the genre at large?

There are a few alleged "hacks" floating around the internet, but in all cases these are phishing applications that ask people for their names and passwords. Players wake up to find their accounts have been cleared out.

As with most things in life, if it seems too good to be true, it probably is. We did have an initial snafu with our ally system, which gave out gold every 24 hours.

This was not bound to an account, so users would create huge numbers of characters and accounts to farm them.

We realised this and shut it down in a couple of days. This was before our actual launch, so the damage was minimal. The lesson is that if something is exploitable, people will exploit it.

Have you noticed any differences in consumer response between platforms, in terms of download numbers, conversion rates, player behaviour etc?

In general Android users are more plentiful, while iOS users retain and monetise slightly better. We love them both.

Indeed, how important do you believe it is to launch across so many platforms?

On synchronous multiplayer games, people want to play with their friends, regardless of what platform they play on. 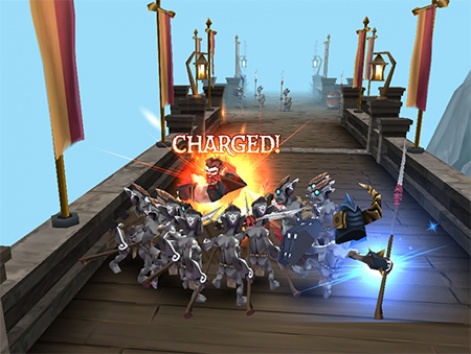 Our core philosophy is that you should be able to "Play with anyone, anywhere, anytime."

And finally, whats next for Spacetime Studios?

In the immediate future we'll be putting out lots more content for Arcane Legends, as well as two new classes and holiday content for Pocket Legends.

We're also hard at work on our next game. I can't say what it is just yet, but I dont think youll be waiting for long.
Thanks to Gary for this time.