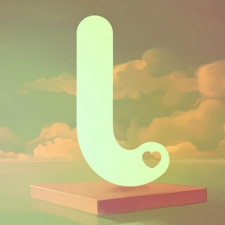 Jonathan “Jogo” Evans is a game designer who loves to combine creative invention with a surreal imagination.

Nic Williams is the visual shamen at the heart of Lumo Developments.

Indie startup Lumo Developments might be the new kid on the block, but I wouldn't be surprised if the name Lumo is ringing a bell in the deep dark of your subconscious.

Don't worry though, you're not going mad.

You see, even though Lumo Developments might technically be a fresh-faced startup, the team has been together for a number of years, creating beautiful, award-winning games, such as Kumo Lumo and Paper Titans, during their time together at Blitz: a work-for-hire studio that shut up shop in September 2013 due to financial woes.

Every cloud has a silver lining, however, and like a phoenix rising from the ashes, Lumo Developments was born.

Founded by Steve Stopps, who couldn't wait to get the old team back together, Lumo Developments has one simple mission: to make unique experiences that surprise and delight players.

If Lumo Deliveries, the studio's first game since going independent, is anything to go by, we'd say it's right on track. So, to find out how the born again developer keeps on hitting it out of the park, we caught up with 'visual shamen ' Nic Williams, game designer Jonathan Evans, and Stopps himself.

"We started because we all used to work together at Blitz Game Studios. Jonathan and I have worked on a bunch of different games together, and our penultimate project was an experimental project for Google," explains Stopps.

"When that finished, Blitz was busy working on Epic Mickey 2, which I believe Nic was working on, they needed everyone in our team, so they all got swallowed up by Epic Mickey 2.

"That left me and five others without anything really to do. So, instead of sitting in a corner and being quiet, Jonathan suggested we make a mobile game, which was something he'd always wanted to do."

After getting the go-ahead from the Blitz higher-ups, Stopps and the team were given free reign to create whatever they wanted.

"We rushed off, and after speaking to our tech team we decided to try and build an iOS game to try out the studio tech on the platform, and in a few week's time we'd made Kumo Lumo.

"Studio bosses saw the game, and even though there weren't overly enamoured with it they showed it to Chillingo at GDC, and they loved it. So, we spent another six to eight weeks finishing the game off so that it could be published by Chillingo.

It was only supposed to be a little stop-gap filler, but Kumo Lumo ended up getting 1 million downloads.

"It was only supposed to be a little stop-gap filler, but it ended up getting 1 million downloads in the first 10 days, so we started to see mobile as a more viable option."

The success of Kumo Lumo thrust the team into the spotlight, and, realising it had something special on its hands, Blitz gave them 20 new people to work with.

It was time to build something bigger and better. It was time for Paper Titans.

"After that the studio gave us 20 people, including Nic, so that we could make another game, and one afternoon Nic was attempting to figure out what the game should look like which resulted in him coming up with some gorgeous stuff that we all immediately fell in love with. That immediately became the art style for Paper Titans."

"When you create a game with five people, it's easy in one respect. It's easy to have the same shared vision, it's easy to be on board with what you're doing. When we got 20 people, we wanted to do the same thing, and I remember thinking that we wouldn't be able to do it.

"So, we sat down with 20 people and we told them that they could make whatever game they wanted to make, and they all looked at us like they were deers in headlights.

"I think that's because Blitz was a work-for-hire studio, so staff were quite used to working to quite a strict set of guidelines. When you throw that out and suddenly tell people they can make whatever they want, some thrive, and some become terrified. Others might just think it's an outright lie.

"It even took myself and the rest of the management team to build up that trust."

The pressure was on, but Stopps and the rest of the team never looked like wilting. Instead, revelling in their newfound freedom, the new additions became just as passionate about the project.

"In the end we made Paper Titans in about five or six months, and the team really embraced it," continues Stopps.

"For example, we were having conversations with an animator who wanted to go on holiday, but also wanted to cram in loads of overtime because he didn't want anyone else to touch the project.

"That's the level of investment we managed to get.

"When the game finally went out it got made Editors Choice in loads of countries, and it was very well received critically. That, for me, was when I realised our success wasn't really an accident."

Parting of the ways

When Blitz went under I was probably one of the few people who thought it was good news.

The world works in mysterious ways, however, and even though the Lumo team itself was doing better than ever, Blitz was falling apart financially behind the scenes.

Decisions had to be made, and the Blitz hierarchy decided they couldn't give Team Lumo the creative, or financial, backing they needed, instead opting to focus on core projects.

It was a choice made with the best interests of the company in mind, but it was one that ultimately resulted in Stopps' departure.

"At that point Blitz decided it didn't want to work on those games anymore, it wanted to focus on core projects, so I left before it went under. Leaving the team that I loved behind," recalls Stopps.

"So, when the firm went under, I was probably one of the few people who thought it was good news, because it allowed me to get this great team back together.

"I met up with the group, and we had a meeting where we sketched out a game idea. Jonathan had always wanted to create a game that was about decision making rather than gameplay, and I'd read about games doing well in Japan using geo-location, so we put those ideas together and decided to do a game about deliveries.

Reunited at last, the Lumo team got back to work straight away, and, after working tirelessly on the pitch deck for Lumo Delieviers, the team found an investor at the very first attempt.

Lumo Developments, it seems, was destined to happen.

"Nic went off and did some concept pieces, and we had these conversations, usually in a pub, and ultimately decided to put together a pitch deck and haul the idea around until we found someone willing to go all in.

"Fortunately, the first investors we pitched to basically signed us up on the spot. It was so easy, it seemed like it was meant to be. All of these things came together at the right moment. We had the team, we had the idea, and we found the investors."

This team works. We come up with ideas and spark off one another.

"Me being the cynical old curmudgeon I am, I didn't believe the investors would give us complete creative control, but they loved our previous work so they stayed true to their word and took a step back. The whole process was phenomenal."

Fate, hard-work, or luck? You could argue that Lumo Developments is a product of all three.

In the end though, the team didn't find success by accident. They wanted to succeed, and they did so by making damn sure they were ready for whatever life threw their way.

"I guess what this proves is that we were ready when Blitz went under," says Williams.

"We were all ready for it, so we were able to come up with ideas very quickly. I think some artists and designers have an idea gestation period of two years, whereas ours is about 25 minutes.

"This team works. We come up with ideas and spark off one another, but we can also develop it quickly and make it presentable in a short space of time."

Ideas, however, aren't enough anymore. Unless you have the vision, and technical ability, required to turn the best ideas into the best games, you're not going to succeed.

Perhaps that sounds harsh, but, in reality, that's what separates the great from the good.

"Anyone can come up with ideas, so I think in the current world ideas are rapidly losing their value," adds Stopps.

"The big difference between our team and other ideas makers is that, for some reason, we seem to be able to realise our visions.

"Ultimately, it's about that execution."

Thanks to the Lumo Development team for their time.

Lumo Deliveries can now be downloaded from the App Store for free.