And why mobile is next on the studio's agenda 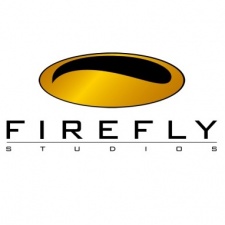 When Firefly Studios co-founders Simon Bradbury and Eric Ouelette first met, the idea of setting up a studio together must have seemed an unlikely proposition.

Bradbury was freelancing from the UK on the 1998 PC strategy game Caesar III at the time, on which Ouelette was the producer - still based in his native US.

However, convinced by the power of a shared vision - what Bradbury calls “a mix of a city builder and a kind of medieval game” - Ouelette relocated with his family to London in 1999 to form Firefly Studios.

Working out of a small rented room, the development of debut game Stronghold finally came to an end in 2001, when the game was released to both critical and commercial success.

This heralded the beginning of a fruitful period for the young studio, Bradbury recalls, as it became increasingly adept at “using the old business model of publisher advance, getting paid in milestones.”

Working almost solely on PC games, this model served the studio well for seven years until, in Bradbury's words, “the world went a bit wonky with the credit crunch.”

Specifically, Firefly had signed up with now-defunct publishing group Gamecock for an ambitious hack-'n'-slash game called Dungeon Hero - its first time “straying from the path of strategy game righteousness,” and an important game for the studio and its future.

We ended up losing a lot of money.

However, in October 2008, US publisher Southpeak Interactive acquired and dissolved Gamecock - and with it, any hope of Dungeon Hero materialising.

The team at Firefly consequently shrunk from approximately 40 employees to 10.

However, Bradbury and his team realised that this was about more than misfortune and wider economic issues beyond its control.

The broader landscape was changing.

“But what made it difficult this time is that the publisher advance model, the boxed product model, was dying even in its last strongholds.”

If it weren't for some forward thinking, Firefly would have struggled to pick itself back up.

“But luckily, we'd already decided - I think back in 2006 - that we wanted to do an online version of Stronghold,” Bradbury explains.

We decided back in 2006 that we wanted to do an online version of Stronghold.

Initially a side project at the studio, the firm quickly switched its full attention to what would become Stronghold Kingdoms.

Inspired by InnoGames' early free-to-play MMO Tribal Wars, Firefly wanted to create a deeper experience worthy of the Stronghold name in the same model. But such a dramatic shift wasn't easy.

“We started working on it, and learning SQL databases, and server technology, and how you design a game that's designed to be played in what's turned out to be a five-year sitting, as opposed to a 1-2 hour sitting,” Bradbury recalls.

“How do you test a game that long? You can't, really. You have to kind of suppose things, test shorter loops, and extend the loop.”

One final advanced publisher contract, for Stronghold 3, provided enough funds for a skeleton team of four to put the finishing touches to Stronghold Kingdoms.

Bradbury remembers the tension: “We thought, is anyone going to buy one of these things? No, I doubt it.”

“Within an hour, it shows up on Paypal that someone's made a purchase for $10. We were like 'holy moley, someone's actually bought something.'”

“I think that's what stuck with us from that point… if people like it, they will pay for it.”

And indeed, with Stronghold Kingdoms - a deep and complex game that appeals to a very specific type of player - close to 10% of its players spend money.

The game also benefited from being among the first ten F2P games on Steam, even enjoying some time in the top ten of all games played on the platform.

“It's fair to say that Kingdoms saved us,” Bradbury reflects. It allowed the firm to regrow to the 40 employees it had before the 2008 crash, and now there's no looking back.

Now, with Stronghold Kingdoms nearly six years old and still going strong, the plan - announced in August 2015 - is to bring the game to mobile.

We're not going to target the mobile market head-on, because that's nuts.

We're not going to target the mobile market head-on, because that's nuts.

“Partly because it's a great way of widening our audience, and partly because we've always tried to go for a niche,” explains Bradbury.

“What we're not going to do is to target the mobile market head-on, because that's nuts. Fair play to Supercell, they were there at the right time and they have nailed the midcore strategy market.”

“We've always been interested in deeper games, like the sort of thing Paradox would produce, and we want to bring that to mobile because it's under-served.”

The mobile version of Stronghold Kingdoms is close to completion, and a functional version exists.

However, as with the firm's transition from boxed product to a F2P Games-as-a-Service model, it's keen to learn how things work on mobile first.

“We've got a little test app that we're doing just as a loss leader to learn everything about mobile - and we've learned absolutely tons,” enthuses Bradbury.

A far cry from Stronghold Kingdoms, this test app is a simple puzzle game developed quickly at the studio.

“One of the things we're doing is experimenting with paid UA in countries like the Philippines, or New Zealand, or South Africa,” he continues.

“It's very sobering… nobody will find [your game], ever, unless you do something.”

A short soft launch of Stronghold Kingdoms itself is set to follow shortly, for some more targeted insights on how mobile players react to a game of such complexity.

Indeed, while the cross-platform nature of Stronghold Kingdoms almost guarantees an immediate user-base of players wanting to pick up where they left off on the PC, it's the totally new players that concern Firefly more.

“That first-time user experience is what we're now working hard on,” says Bradbury.

“The UI has changed dramatically, and for the good… It's been a good opportunity to say, if we were doing this from scratch, how would we do it?”

This is, after all, a nearly-six-year-old PC game - with lots of clickable on-screen buttons and menus - being converted to work smoothly on mobile.

But it's a problem that Firefly seems to be sidestepping for future projects, aiming for unified cross-platform development.

“Ours is a long-term strategic decision rather than a knee-jerk reaction,” asserts Bradbury.

“We have another strategy game that will be PC and mobile, and will throw a new concept into the strategy market that hasn't been done before… I think it's quite ground-breaking.”

Ours is a long-term strategic decision rather than a knee-jerk reaction.

The announcement for this new game is due before the end of 2016, and Firefly is still targeting late Summer/early Autumn for Stronghold Kingdoms on mobile - starting with the App Store.

In on the ground floor

The issue with targeting a niche is that there's often very little to compare yourself against when assessing your chances.

A grand strategy game like Stronghold Kingdoms, with its role-playing factions and back-stabbing politics, is something mobile has never really seen before.

But Business Development and Marketing Manager Nick Tannahill is encouraged by the current mobile trends.

He notes a “shift toward midcore, which is more toward where we want to bring products in. If it makes the full swing to hardcore, we're in early.”

Even if it doesn't, having successfully navigated the choppy waters of 2008, few would doubt its ability to successfully reinvent itself in difficult times.