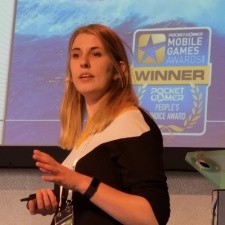 Games is a global industry and for some companies that means offices around the world.

In Wargaming and World of Warships Blitz's case, there are two teams working on the mobile game, with one situated in Berlin and another in Shanghai. That’s a six to seven-hour difference, depending on the time of year.

Wargaming's Berlin team works on publishing, while the external team in Shanghai focuses on development.

Tack said the most obvious challenge when working with two offices so far apart is the time difference.

To make this work, she said the most important thing to do is set clear time parameters for contact. For example, the Berlin team does not message the Shanghai studio after 12pm, and similarly vice versa.

Tack admitted that the downside of this is staff are likely to wake up to a lot of emails, but it beats waking up in the middle of the night to a new message.

Communication about public holidays is also important, as people in one country are unlikely to know about such things in another. Therefore, even if it’s a small holiday, this must be communicated across teams.

Having a clear vision for your game is obviously important, and Tack stressed just how critical this is when working with another studio. If you don’t have a vision, you won’t have any direction, she said.

It’s crucial then to:

Tack highly recommended not having just one person to manage communication. While a game will need a project manager, this shouldn’t be put all on one person.

This could create development bottlenecks, could burn staff out and if they leave it could cause major problems.

Calls are usually better than text

Working remotely, it’s easy for a lot of communication to be conducted through text speak rather than calls or face-to-face meetings. Tack advised however it’s better to speak with others rather than just type.

Tack said it’s important to have regular sync-ups, and not only just schedule them but actually follow through and do them.

She explained that even if you feel you don’t have anything new to say, never cancel. More often than not, something will come up.

Tack suggested doing this on a weekly or bi-weekly basis works best.

Remember you are one team - it’s not us versus them.

Tack said both teams should not be competitive with each other, as they ultimately share the same goal. Both teams will have the same passion, want players to be happy and want success.

Therefore it’s ideal to be as open as possible between offices.