With the FTC attempting to block the Activision-Blizzard acquisition deal with a lawsuit, our experts ponder what could happen next 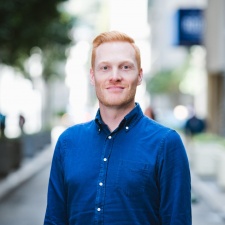 The Activision-Blizzard acquisition deal will likely go down as one of the most protracted and complex examples of M&A (mergers and acquisitions) in modern history. Having been announced in January of this year it attracted a storm of controversy, commentary from all over the industry and the scrutiny of regulators on all levels. Now, with the news that the FTC are launching a lawsuit to block the acquisition, CEO of Lifestreet, Levi Matkins has offered us his insights into the situation…

LifeStreet HQ is located in the heart of San Francisco with offices globally.

"The FTC challenging Microsoft’s acquisition of Activision is a very interesting move since vertical integrations - the same strategy used by other big tech companies such as Amazon and Apple - have historically gone unchallenged.

"While the FTC has expressed concerns that the merger would ‘harm competition,’ Microsoft would only own a 10.7% of the gaming market despite it being the largest all-cash deal on record. By Microsoft’s admission, the Activision acquisition (which includes King’s highly profitable Candy Crush franchise) was largely driven to bolster their limited presence in mobile. If anything, their filings relating to a planned Xbox mobile gaming store would challenge the current duopoly that Apple and Google app stores currently have in mobile gaming. This hardly signals traditional monopolistic behaviour by any traditional metric.

"Despite the clear impetus for the acquisition being the mobile (and PC) platforms, it seems that the FTC is particularly concerned with Microsoft creating a walled garden by making multi-platform games, most notably Call of Duty, available only on Xbox. But withholding content from rival platforms is already common practice, and is something Microsoft and other platforms have been doing for decades. In addition, Microsoft has offered deals to Sony and Nintendo to keep COD on rival platforms for at least the next decade. So why has the FTC decided now to change the way it approaches vertical mergers? What better time to do this than with the biggest tech deal ever?

"There’s no question that the FTC under Lina Khan wants to change the metrics for what has traditionally constituted a monopoly. She has been very open about her intentions, arguing on numerous occasions that the FTC needs to rethink antitrust legislation and merger guidelines in response to market dynamics.

"To me, it feels like a reach, and that the FTC is facing an uphill battle to block the merger. But whether or not the deal goes through, it's clear we are in a transitional moment and for the foreseeable future regulators will be scrutinising big tech mergers through a very different and much tougher lens."

The dawn of a new M&A landscape

As Matkins points out, after tech companies have largely been allowed to run riot for the better part of the decade, regulators are beginning to clamp down heavily. Fair or not, it appears that the Activision-Blizzard acquisition is simply an example of wrong place, wrong time. Had it been any other period it would have likely sailed through without worry, but with concerns over exclusivity, the size of the acquisition and more, it’s attracting eyeballs from all corners.

Matkins is certainly right in noting that one of the largest parts of this deal, mobile, has gone largely unreported. However, whether we see Microsoft make concessions to avoid the deal being squashed in order to hold onto this lucrative handheld aspect is yet to be seen. Other facets of the mobile industry, most notably Apple, have begun to conform to new requirements from regulators, and it isn’t clear yet how the shockwaves from these will affect the wider industry.