Indie Spotlight: Tinytouchtales' Arnold Rauers on working with constraints and the weight of expectations

The average day of an indie developer, and advice for aspiring devs 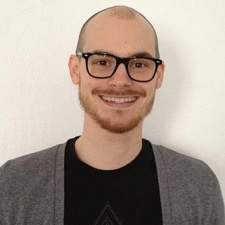 This week, we talk to Arnold Rauers, founder of one-man studio Tinytouchtales behind games such as Card Thief and Miracle Merchant, about an average day in his working life, focusing on card-based games, and exploring new platforms.

Arnold Rauers: I started back in 2011/2012 while working full-time at a big mobile games studio in Berlin. Since I'm not a programmer, I was always searching for a tool that could make it easy for me to create small games. Luckily, I found out about a fantastic visual programming tool called Stencyl.

Once I understood the basic idea of game logic I was able to quickly release my own games. In 2014 I finally quit my full-time job and became a freelancer to work full-time on my own games.

What attracted you to working on card-based games as your main focus?

There was nothing in particular that drove me into that direction, but I'm a big fan of constraints when it comes to designing games. I was always fascinated by the amount of ways you could use cards to create interesting and deep gameplay mechanics.

That, in combination with my limited ability to program, the constraints of mobile touch screens and my obsession with Hearthstone at the time made me realise that I might be able to make my own fantasy-themed digital native card game.

I have a little home office from where I work. My day is pretty typical, I'm trying to be at my desk around 9am. I check emails and social networks to see if anything needs urgent replies. I then mostly work on whatever my task lists say.

A lot of people are expecting the next genius thing from me.

Some days I work long hours, some days I don't. It always depends on my personal state of mind. I'm either very focused when I have to complete certain tasks that are clear upfront or very open when I work on design and general ideas.

I communicate a lot with the people I work with directly through the day. My wife works from home too and we almost always cook something together for lunch. Most work days end around 7pm.

In general, a regular day is not too different from any job or office day, but sometimes there is an afternoon nap here and there.

Well there are a lot of challenges you face. Over-saturation of the markets and not being able to get the word out seems to be the biggest one right now.

But personally, I often struggle with the programming part as well. Bugs and issues that are hard to track down cost a lot of time and are just not fun to work on.

I also quite often feel that my success with my recent games has made it harder for me to be relaxed about new projects. I always want to improve and not make something that is worse than the games I've already released. This is very stressful at times, because a lot of people are expecting the next genius thing from me.

It's tough. But I've been saying this since 2013. If you are new chances are pretty low that you can get a foot in the door.

I think Apple and Google are doing a great job with highlighting small interesting projects, but again competition is hard and players are very spoiled these days. If your game's quality design and art-wise is not up to the very best right now, you won’t get a lot of downloads or, even better, purchases.

If I can give any advice here, it is to find a niche and be the best you can in it. This worked very well for us so far. With Card Thief we created a unique game that has virtually no competition – there are plenty of other stealth games but none that are played with cards.

If you are able to create one of those games, you will increase you chances greatly. But to be clear, getting lucky is still a big factor in today's mobile market.

If I have learned something over the years of playing and making games, it's that money won't make a game good.

My most recent game was Miracle Merchant, which we released in August 2017. It's a solitaire style potion brewing game played with a deck of cards.

Miracle Merchant was made shortly after Card Crawl came out in 2015. It was a pitch for Nickelodeon, but they weren’t interested. I teamed up with Thomas Wellmann for art and Craig Barnes for Audio and we worked on this game on the side for quite some time.

Miracle Merchant was received surprisingly well, although it's simpler and smaller than Card Thief. Still, a lot of people are drawn in by the art and the quirky world the game offers. The gameplay fits perfectly well with mobile and is fun in short bursts like a good mobile game should be.

After releasing two games in 2017, this year I want to get back into prototyping.

I feel that I've spent a lot of time finishing and maintaining games last year. This year I want to create a lot of small rough concepts and see if I can create something new that could be my next big game. Maybe I will write a bit more about design and try to participate in more game jams.

What are your expectations for Card Crawl when it launches on Steam?

Card Crawl's Steam version is going to be an experiment. I'm not expecting a lot of downloads since the game does not fit the steam market very well. But I think it's a good project to test out the waters and getting familiar with the steam release process in general.

If I have learned something over the years of playing and making games, it's that money won't make a game good.

It's hard to tell which game I most likely would work on, but I would love to work on a few bigger prototypes and ideas that maybe horribly fail, like an open world survival game that replaces all forms of violence with trading.

Don't quit your day job. Only work on games that you want to play, this is the only way to make something you can 100 per cent stand behind.

Downsize your ideas, one really good idea/mechanic is way better than 10 uninspired ideas mashed together. Finish your games. Don't get discouraged – making games is hard!

Can indies compete in mobile with the likes of Nintendo, Konami and Square Enix?