“First thing I'd say is that you should be willing to relocate! In the Nordics, for instance, studios mostly cluster around a few large cities” 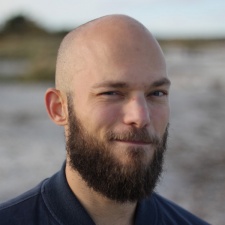 For more details on PGC Helsinki and to book a ticket, head to the website here.
In today’s speaker spotlight, we caught up with Funday Factory’s Emil Kjaehr before his "Game Dev Life Lessons" session.

With an educational background in programming, UI/UX and 3D, Kjaehr has been involved in games production from a lot of different angles. He started out in 2007 joining and hosting game jams and has since started a games incubator at an animation school. He's also organised game conferences and even tried his luck as an indie developer for Ouya and Gamestick.

Kjaehr is now product manager at Funday Factory in Aarhus, Denmark - but has also been a producer and game design lead. While at Funday he's shipped multiple mobile titles for LEGO, including Star Wars and DC Super Heroes.

Currently, he's working on battle royale platformer Bullet League, which is out in soft-launch.

PocketGamer.biz: Could you tell us a bit about the company

Emil Kjaehr: Funday Factory was established in 2011 and has since then grown to a studio of more than 40 people.

With a combination of work-for-hire and co-production partnerships, we've developed games for more than 100 million players. We're currently working on our own IP Bullet League - a platformer battle royale for mobile.

As the product manager, I find myself taking on a lot of different roles throughout the day - from looking at optimising UA Creatives and Marketing to market research on monetisation and publishing strategy.

I work closely with our data analyst to identify and investigate issues as they arise - and together with the lead designer and producer, we work out how to react to the data, and potential shifts in direction.

It started with me joining a one-week game dev summer camp back in high school. It was the sense of shared community and making a lot of friends there that made me fall in love with game development - plus discovering that making games was a viable industry and something that you could "do".

First thing I'd say is that you should be willing to relocate! In the Nordics, for instance, studios mostly cluster around a few large cities. So it makes sense to get yourself close to one of those major clusters, both for job and networking opportunities. If you've done any prototypes at game jams or while studying, make sure to submit them to shows and competitions!

Most importantly, prepare yourself for entering an industry that is constantly evolving and changing - read articles, watch talks, and learn from the people around you. The games industry doesn't stand still, so neither should you.

The arrival of Apex Legends on PC and console has been super exciting to follow - it marks the strongest push for freemium games in that space since League of Legends, and seeing the dip in players even for premium games, shows that free-to-play is something that can work, even in triple-A.

Couple this with titles like Hitman 2 adopting a GaaS and it feels like this is a shift where the console and PC space is taking the business models that have worked on mobile for years.

Over the last 12 years pretty much everything has changed - from the rise of new stores and platforms to the huge difference in product approach as almost everyone has moved to GaaS.

Talking and listening to a lot of the super smart people at PGC Helsinki, and bringing home new exciting knowledge from talks and meetings that we can use in our daily work!