How is Oculus Rift shaping up compared to Morpheus and Vive?

Our VR Mavens discuss if it still has first mover advantage 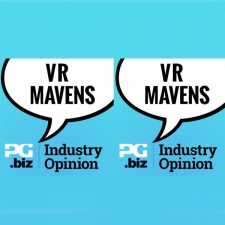 The VR market continues to excite and frustrate in equal measure.

A good example is Oculus' activity at E3 2015, when it announced finalised consumer hardware.

However, with a commercial launch not due until Q1 2016, key issues such as availability and pricing remain to be confirmed.

With this in mind, we asked our VR Mavens some questions:

I was surprised with the Microsoft partnership announcement. It makes sense that they'd [Oculus] go for that rather than building their own gamepad, but I wasn't expecting it, and I wonder if this partnership will continue on other products.

RE: is this is enough to enthuse early adopters for a strong fall pre-order campaign? I think it is from the technology point of view, but it will depend on other factors such as price, content availability, and so on.

Well have to wait until Connect in September to know more, I'm afraid.

Price will be an important factor to decide between Oculus and Vive, but so will content.

While Vive allows for a larger area to be tracked, I'm not sure people who can't dedicate an entire room to VR might want to pay a higher price, so Oculus might be able to convince those people if the headset itself is cheaper.

Also, having exclusive VR titles of high quality will matter a lot.

I was a little bit surprised by the Xbox stuff, but I think it's a really smart move and I think the Xbox controller makes sense. Besides that, it was amazing to see our game and company featured. :)

I was particularly impressed by some of the bigger budget games on show. They looked legitimately interesting, regardless of platform, to me as a gamer.

The interest levels seem to be reaching a fever pitch so I'm sure they'll have a strong campaign, but I'm looking forward to learning more.

The defining factor, as far as the games industry is concerned, will of course be the quality of the games.

Vive and Morpheus should have a leg up in this respect given their pedigree but it's nice to see that Oculus are putting plenty of effort in too.

I was also pleasantly surprised by the Microsoft news.

The Touch controllers sound incredible, their announcement is very welcome and I believe that this next level of input is a must for VR.

Whilst I welcome a solid standard controller in the box, It's a little unfortunate that the touch controllers won't be bundled, for developers that can have an impact on design decisions that we make.

I suspect that this decision wouldn't have come easily. Oculus certainly wont be the only ones with this problem, and going with a solid controller bundled seems like a necessity, given that PC users will have a wide range of input devices, there needs to be some kind of standard at launch that's acceptable for every type of game.

Overall I'm a gamer first and foremost, I was excited by the presentation and the titles that we saw. I'm eager to see more titles that push VR in new directions, with new mechanics and design innovation, the funds earmarked for Indie devs will certainly help in that regard.

Price will obviously be an important factor, but Oculus have some great people working there, they know what they're doing and I don't doubt that they will deliver the goods. I'll certainly be in line.

The early millions of prosumers may be less sensitive to price though.

Oculus did address content with a nice new list of quality games and addressed usability with an easier "almost plug and play" with the Xbox One and Windows.

I believe price will become an issue only after the first few million units sold.

Yep, have to say I was nicely surprised by the Microsoft news too. I'm currently pairing my Xbone controller with my PC to Witcher the hell out of unholy monsters and it's already an excellent marriage.

As for yesterday [the press conference], for me it wasn't so much the content of the show as a sense of relief that Oculus are finally speaking to the public and having to commit to something.

It's the controllers of the future that I want to see released ASAP, and those Oculus babies looked amazing!

For all the industry chat of VR being ubiquitous, the future, of huge potential and all that, in reality every dev and publisher is afraid of Virtual Reality.

Whereas, Oculus only have one job. Their passion has guided us all since their Kickstarter and three years later nobody believes VR will be a thing until they take the plunge, so I'm just happy to see them at least creep to the edge of the water.

However, it's the controllers of the future that I want to see released ASAP, and those Oculus babies looked amazing!

Kudos to Valve for that, they dragged the rest of the industry with them just by making embarrassingly good hardware, it's so positive to see everyone up their game.

If you haven't used Vive you may not get the big wow about why these controllers will matter so much, but I can tell you as a gamer and game maker these pads add a very rich layer of possibilities to an already scarily good piece of technology.

In five years everything could be different. That's what's so interesting about VR now.

It's exciting that Oculus has finally shown their input solution and the controllers certainly look amazing, but I find it quite unfortunate that they're not going to ship together with CV1, which will come not only a few months after Vive, but with inferior input, which might factor in the decision to pre-order (or not to).

Not to mention that it might result in poor adoption in games and applications targeted at the Oculus headset.

The hardware itself now seems inferior to the competitors.

What's also surprising to me is the Xbox game streaming into VR. It seems like an attempt to get people buy the hardware with support for large amount of existing content.

However I fear that this might negatively influence the perception of VR (or Oculus) - the real magic of VR is in being there - in the game, in the story and watching movies or playing games on a virtual screen hardly counts as such.

It might eventually come to the price, as the hardware itself now seems inferior to the competitors, but there might be other differentiating factors, such as hardware support and openness of the platform.

Oculus has large community of developers who have been making hundreds of experiences since the DK1 days, which cannot be said neither for Vive or Morpheus and I think it would be a good idea for them to utilize this rich set of very diverse content that has been built over the time as their advantage.

I agree with most of what's been said so far.

The fact that Oculus Touch will be sold separately is not so great, but not a catastrophe. (It's worth remembering that for many games, including many 3rd-person or cockpit-based games, a gamepad might be preferable to motion controls anyway.)

Of course, there are a lot of questions still left unanswered.

Is the success of Google Cardboard good or bad for the future of VR?

VR Mavens on the most significant news of 2015