Monetizer: Is Clash of Clans setting the standard for in-game currency conversion? 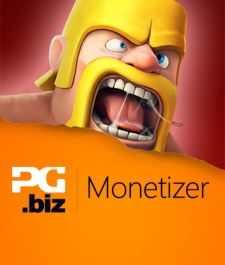 As part of our weekly Monetization column, we spend a lot of time looking at the economics of free-to-play games.

Part of this has me, calculator in hand, working out the conversion ratios between real money and in-game virtual currencies.

And I've noticed something significant in terms of pricing philosophy.

How much is that virtual doggy?

It came to light when I was considering Gameloft's Total Conquest.

This is basically a clone of Supercell's Clash of Clans so I wasn't surprised to see that as well as the gameplay, Gameloft had also used the same basic currency bands as Supercell's game.

Clash of Clans' economy for its Gems hard currency

Total Conquest has six bands for Tokens, but excluding the lowest price point $1.99 (which Clash of Clans doesn't have), the others match exactly.

This got me interested, and looking back at previous Monetizers.

And what did I find? Gameloft isn't the only company following Supercell's lead.

GREE is following a similar path. The Gems hard currency in its recent release Dragon Realms follows Clash of Clans with five bands at exactly the same real money amounts and virtually the same conversion rates. It's also the same story with GREE's earlier War of Nations.

I think there are two psychological elements to this choice of currency breakdown.

In both these cases, the conversion to 37.5 units and 4,500 units of hard currency per $1 spent seems, respectively, too low and too high.

Of course, this isn't to say that games that follow this system will be successful. Hay Day doesn't follow it and is very successful.

Equally it's hard to tell if Supercell came up with this pattern. I suppose it could have been GREE.

The rather abstract in-game store from DeNA's The Drowning

It's pretty close in terms of the general pattern, although has weird in-game currency amounts - 10,524? - plus that odd $29.99 price point.

The really interesting conclusion to ponder, however, is are gamers now used to receiving around 100 in-game currency units per dollar spent?

If so, the quicker developers start using this convention, the better.