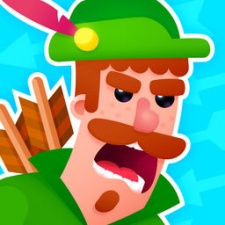 For the week of July 31st to August 6th 2017, the top 10 rankings were largely unchanged from the week prior as many titles consolidated their positions on both the grossing and download charts.

One entry flying back into the charts though was Playgendary's Bowmasters, which shot to number six in the UK iPhone download rankings and 1st on iPad. Ketchapp's Space Frontier meanwhile worked its way up to top spot on iPhone and sixth on iPad.