Mobile the most popular games platform among millennials

Millennials are also spending the most money on games per month 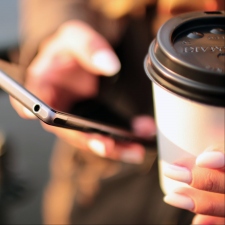 A new study has unveiled that 71 per cent of millennial gamers spend their time consuming games video content (GVC) online.

The age-range of a millennial is still under debate, but SuperData's report considers anyone aged between 22 and 38 a millennial.

On average, millennials spend around six hours a week watching GVC. The average session clocks in at 97 minutes.

While PC and console gaming is still popular among millennials, mobile gaming is the most popular format.

Seven out of 10 millennials play a mobile game at least once a month and for an average of 9.7 hours a week. Six out of 10 will play on a console for around 9.6 hours a week, and three out of 10 regularly use a PC to play games for seven hours a week.

Smartphones are also partly responsible for bringing more millennial women into the gaming fold. 54 per cent of surveyed mobile gamers are women.

While gaming has become increasingly popular among all age groups, millennials are at the forefront of its development. Many are now deep into adulthood and have been playing video games for their entire lives, with two out of three playing games in the US each month.

InfluencerUpdate.biz has more on the report.