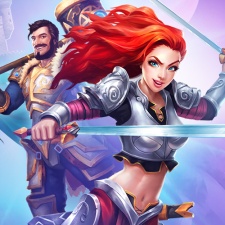 The publisher said it had reached the number one grossing position in 57 countries on the App Store and 24 on Google Play. It’s broken into the top 10 grossing games charts in 124 countries around the world across both stores.

As Small Giant looks to expand on the game’s success, it has just announced a big new expansion that brings a host of new features.

The update includes base updates such as more advanced versions of mines, farms, storage units and houses, as well as increasing the stronghold’s max level from 20 to 21.

One of the world’s top performing games right now, this latest update was “primarily driven” by 20-year old Sofia Vanhanen.

“It’s a dream come true to work on a game that you’re already so passionate about,” said Vanhanen.

“I’m able to bring my perspective as a dedicated fan to implement new ideas that our players will love. I can’t wait to see what everyone thinks of the new base updates.”

Zynga purchased Small Giant late last year in a deal worth over $700 million.

The title has been a lucrative addition to Zynga’s portfolio of ‘forever franchises’. Zynga reported higher than expected losses in Q1 2019 of just under $129 million, but this was due to the outperformance of Empires & Puzzles and Gram Games’ Merge Dragons.

The success of both titles means Zynga’s has had to pay more for those acquisitions based on performance.

Small Giant Games' Timo Soininen will be a speaker at Pocket Gamer Connects Helsinki on October 1st and 2nd.