Hypercasual was the most downloaded genre 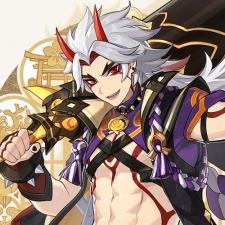 Action was the fastest growing genre of mobile games in terms of revenue in the US in 2021, according to Sensor Tower.

Throughout the year, US consumers spent $966.8 million on mobile action games, an increase of 68.9 per cent year-over-year.

The largest subgenre of action games was open world adventure, which accumulated over $418.3 million in player spending, increasing over 3.5 times the previous year. The increase was primarily driven by Genshin Impact, which generated $406.3 million in the US in 2021.

Out of the 14 genres analysed by Sensor Tower, only racing and geolocation AR titles saw a decline in US spending, decreasing at 3.8 per cent and 5.8 per cent respectively.

Compared with 2020, US mobile games downloads decreased by 9.5 per cent in 2021, with 4.9 billion installs across the App Store and Google Play. Despite the decrease in downloads, US player spending reached $25.4 billion in 2021, an increase of 13.7 per cent.

Easing social restrictions may explain the decrease in downloads, however, the above figures indicate that US consumers have continued to stay engaged with mobile games since the increase in spending witnessed during the course of the COVID-19 pandemic.

European consumers spent $11.2 billion on mobile games in 2021, with PUBG Mobile leading the way at $404.2 million in player spending.