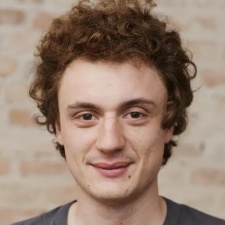 Global mobile game downloads increased by 32 per cent year-over-year in 2021, according to a new report by Adjust.

The growth in downloads was consistent across key regions, with LATAM and EMEA out in front at 35 per cent and 33 per cent respectively. North America and the APAC region both saw downloads increase of 31 per cent across the period.

Hypercasual games make up the highest number of mobile game downloads by genre at 27 per cent. Action was the second most popular genre and accounted for 17 per cent of downloads, followed by puzzle at 11 per cent.

Despite an overall increase, this was determined by the vertical. For example, the CPI for Sports games increased from $1.64 to $2.52, whereas the CPI for hypercasual games decreased from $0.35 to $0.28.

As CPI has increased it is important for developers and publishers that retention is higher to make up for increased onboarding costs.

What this suggests is that despite the increase in CPI, on average more users are continuing to play mobile games in the long run.

"Despite the challenges of the past year, the mobile app ecosystem has continued to thrive, demonstrating how robust and adaptable the app marketing industry is," said Adjust CEO Simon Dussart.

"In order to meet users where they are, it’s imperative for marketers and UA teams to lean into data-driven strategies to improve retention, and continue to find, attribute, and measure new and existing audiences."

You can read the full report from Adjust here.