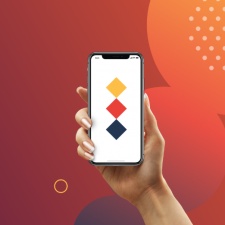 Via its newly released 2022 edition of the Mobile In-App Ad Monetization Performance Index, Appodeal has shared its findings that the US has increased its average revenue per user and maintained steady fill rates, whilst other markets have seen a "strong decrease".

The analysis comes from 12 months of data from July 2021 to June 2022, covering the regions of Eastern Europe, Western Europe, the USA, the Middle East, Asia and Latin America.

When it comes to advertising, there has been growth in full-screen ad eCPMs across all markets in the second quarter of the year, and the top 20 countries for eCPMs have all seen growth on iOS compared to 2021.

Appodeal highlighted three ad formats in its index – rewarded videos, interstitials, and banners. Whilst rewarded videos have been found to be popular among users, advertisers and publishers – and this ad form has the highest eCPMs – interactive interstitials were also found to be successful and engaging in the right circumstances.

In the USA this past year, rewarded video ads have grown the most on both iOS and Android, but banner ads have had the largest impression share at 83 percent on iOS and 89 percent on Android. Appodeal noted that whereas banners have lower click-through rates, publishers do consider them to be high earners thanks to lower creation costs and a high frequency of delivery. Despite this, only 11 per cent of the revenue share from ads on iOS came from banner ads.

Of the ad networks in the market, Appodeal found that Admob is on top for revenue share on iOS and Android in rewarded video, full-screen ad, and banner categories. The company’s biggest ad networks revenue share is of the iOS banner ad category, having 61.64 percent.

Also in the US, these three forms of ads are distributed more equally between apps and games on iOS (41.4 percent versus 58.6 percent share of banner ads) than they are on Android (17.8 per cent versus 82.2 per cent).

Through its Bidmachine platform, Appodeal Stack recently announced a new partnership with Applovin to integrate its in-app bidding solution, and details further data on the US and other regions’ ad monetisation performances on its website.