From Sonic Jump to Speed Battle: The story of Sega Hardlight

Studio head Chris Southall on the path that led the developer to Sonic Forces: Speed Battle 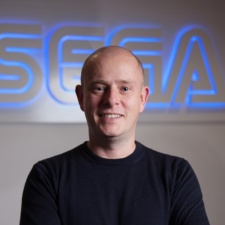 For such a relatively small studio, Sega's Hardlight studio has achieved quite a lot.

With a team of around 50, situated in an unassuming office space in the development hub of Leamington Spa, it's managed to score over 300 million downloads with its four-year old 3D endless runner Sonic Dash.

From there it's released a sequel, a game based on Crazy Taxi, a secret strategy title, and it's dabbled in VR. It's also providing support on the PC port of Sonic Forces.

And on top of all that, it's just launched its latest game, online battle-racing title Sonic Forces: Speed Battle for mobile, which is already showing signs of a healthy future just one week after its release.

At the head of it all is Chris Southall, a 20-year veteran of the games industry who began his career at Codemasters straight out of university.

Starting out in the design department, Southall worked on a wide range of games, including most of the Colin McRae series, all the while rising through the ranks to CTO.

"When we were doing the original Colin McRae Rally, we spent a lot of time looking at Sega Rally," he recalls.

"I had a massive fondness for that game, and I had the chance to come to Sega to establish a team to make a new version of Sega Rally."

He then went on to help form Sega's racing studio, before moving into a general role within Sega offering technical support with a small team of "techie types", as Southall calls them.

"Because we had a fairly solid team, when the business decided they wanted to go more into mobile in the West, we got some design and art people working with us," he says.

"Basically, they said, 'can you start doing some mobile stuff?'. And that's what led us to forming Hardlight."

Operations Director Harinder Sangha claims that her path to Hardlight is "not as interesting", having worked as an accountant in construction, financial services, and advertising.

"At the time they were forming the racing studio, they were looking for someone to come in and help with the finance and operations side of things, so I was headhunted," she explains.

"Chris was actually the first person I met in the industry."

Once the racing studio closed, Sangha went to Codemasters for a short time, before taking time out of the industry altogether to have a child. When she wanted to go back to work, she got in touch with Southall.

"They'd just started Hardlight at the time, and six years on, I'm still here," she says.

Hardlight started operating in 2011, initially working on R&D projects across new platforms like the PlayStation Vita and Nintendo 3DS.

But before long, as Southall alludes to earlier, Sega decided it wanted more mobile output in the West after finding success in Japan.

"We moved over to looking at iPhone and Android, and the first thing we did was take an old game on feature phones – Sonic Jump – and did a reimagining for smartphones," says Southall.

"That was an interesting learning process for us. It was a paid game at that point, and it really started getting us used to working with the iPhone and what it can do – besides the hardware capabilities, what kind of inputs and game experiences work well on mobile."

Soon, Hardlight would decide to uproot and move from what Southall describes as "a field in Dorridge" to a bigger studio in Leamington Spa, a move which he said made it easier to scale up.

"There's a big community of game development here, it's a great town to live in," he says.

"The reason there's a lot of game development here is because people splitting off from Codemasters have stayed in the area, so that's meant that this area is a big pool for game development."

Sangha adds: "We've found that as people have come in to work for us, they've got the best of both worlds.

"They can come to Leamington, which is a nice rural town, it's a lovely place to be, there's lots of devs and they can quickly find other friends. But if they wanted to live more in a city – Birmingham is only 30 minutes away – it's very commutable wherever you are."

We've found that as people have come in to work for us, they've got the best of both worlds.

Sonic Jump, a game that requires places to jump vertically through levels rather than racing through them horizontally, launched in October 2012, by which time Hardlight had come up with several new designs for games based on Sonic and Crazy Taxi – including what would become Sonic Dash.

"What led to Sonic Dash was taking bits of the existing Sonic games and finding what would work well on mobile," explains Southall.

"One of the obvious things seemed to be an into-the-screen running game, which is not unlike some of the sequences you see on the console games.

"There was a choice – do we work on Crazy Taxi or Sonic Dash? And Haruki Satomi [President and COO of Sega Sammy] had seen the prototype we'd done for Sonic Dash, and he loved it and said, 'do that please'."

The team was initially given a deadline of Christmas 2012, a few months after the launch of Sonic Jump, but the game ended up launching in March 2013.

"It was a paid game for the first month, but then we decided to move it to free-to-play, which took some discussion internally," says Southall.

"Coming from a long console history, the concept of free-to-play for a company like Sega was a hot topic for discussion."

From there, the team moved onto Crazy Taxi: City Rush, released in April 2014, and Sonic Dash 2 in June 2015. But after four casual games, the team wanted a change.

"The feeling was, we've got a lot of experience on fairly casual, arcade-y games, so we started looking more into the strategy genre and working on a completely different game," says Southall.

"Through that period, we learned a lot about metagame design, the kind of things that having true multiplayer experiences can give you, and that's the seed that led to doing Sonic Forces in the way that we've done it.

"It seemed a good fit to take a lot of the technology we'd already built up and build an experience in that, focusing on the multiplayer aspects, rather than completely reinvent the wheel. We thought, we'll take what we've done which has been successful and add something to it that will bring something fresh to the Sonic games."

Initial prototyping for the game started in April 2016 with only two or three people on the Speed Battle project at the time.

"At that point, there were some discussions within the business around Sonic Forces, the console game, and the Sonic Team wanted to have a game that would complement that version," says Southall.

"We weren't explicitly thinking 'let's do a Sonic Forces game' at that point, we were just exploring with our games what we can do with multiplayer. But when Sonic Team were talking to us, we came up with some proposals for what we thought we could do with Sonic Forces and this multiplayer game that you see now is one of about six or seven concepts."

We learned a lot about metagame design, the kind of things that having true multiplayer experiences can give you.

The Sonic Team gave the multiplayer concept the thumbs up, so Hardlight got to work. The Speed Battle team stayed small until around October 2016 when production went into full swing and ramped up again in April 2017 to around 28 staff as it got closer to release.

The team had a tight deadline to hit – the game was slated to launch around November 7th in line with the console release of Sonic Forces.

"We knew we didn't have a massive soft launch period to do behaviour analysis and that kind of stuff, so we just wanted to make sure the servers worked and the game functioned well," explains Southall.

"That was a good learning experience for us because doing multiplayer games you require a number of users for them to work, and especially when you have matchmaking, that can cause issues where a low-level player can be against a high-level player.

But even a relatively short soft launch period paid off. Speed Battle launched on November 2nd without any major technical hitches, and its first week appears to be going well – as of November 7th, the game had surpassed 1.3 million downloads with around 800,000 DAUs.

But Southall isn't counting his chickens just yet.

With these kinds of games, we have very high users counts, and typically people don't spend a huge amount of money.

"I would wait for the first month or six weeks to see exactly where we are in terms of players playing the game, behaviour, server performance, that kind of stuff," he says.

"Certainly, in the first few days we've had a great influx of users, the game's working well, and as we see more users we see the game working better because it's all about people playing against and with each other."

Despite developing new games and releasing a title like Sonic Forces, Hardight currently has no plans for any major expansion. The key focus, Southall says, is more on keeping its old games alive, while developing only one or two titles alongside it.

"Crazy Taxi has still got a really healthy player base, so we want to make sure we're updating things for our customers there.

"And the way Sonic Forces seems to be going, I think we're going to keep a reasonable team working on that, so there's expansion within the studio just working on our catalogue as it stands."

What game the studio is working on next, Southall won't say, but there's plenty of Sega IP he'd love to get his hands on given the chance.

"I used to play OutRun in arcades a lot through my younger years, and having an interest and background in racing games, I'd really like to see what we could do with that," he says.

"Another one I think deserves an outing is ChuChu Rocket! – we've done a port of ChuChu Rocket! on mobile a few years ago as a company, but I think that'd be quite a nice little arcade game to do."