Speaker Spotlight: Yengage director of sales Justin Susumu Endo reveals how to be an international player 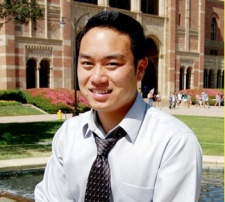 Justin Susumu Endo is the Director of Sales and Marketing and a Co-founder at Yengage. At Pocket Gamer Connects Helsinki on September 11th to 12th he'll be part of a panel with the topic On Being A Truly International Player.

Justin Susumu Endo is the co-founder of Yengage with two years in the mobile games advertising space.

Before Yengage, he completed his MBA at Melbourne Business School at the University of Melbourne with a focus on marketing and analytics.

He also has 2 years of technical sales in the IT/healthcare industry and worked for 2 years in Japan.

I manage all sales and marketing activities for Yengage and oversee our day-to-day campaign operations.

Personally, I love mobile gaming, so seeing new and exciting games from AAA to indies is awesome.

From a gaming perspective, the rise of battle royale games has been impressive, to say the least (though I'm much better at PUBG than Fortnite).

I am also an active Pokemon Go player so it's been interesting to see how the recently launched trading feature really revitalised their userbase.

Japan has really started to open up to new game genres. In the past, it was hard to compete as a foreign title against the massive Japanese titles like Puzzle & Dragons, Tsum Tsum, and Monster Strike.

This year, you've seen new breakouts and Japanese players are interested in trying different games (both genre and look and feel).

Knives Out and Identity V (both by Netease) have shown that new genres other than casual games with RPG elements can be successful in Japan.

Also, the rise of premium-looking hidden object games like those by MyTona and G5 have filled a strong niche in Japan.

Japanese studios are pretty risk averse and there is not a big indie scene in Japan.

However, as I said previously, Japanese players are becoming more sophisticated and open to new gaming experiences.

As such, I expect the Japanese market to continue to open up to foreign studios. I expect new genres to become popular with a huge opportunity for indies and mid-sized studios.

The networking with peers! These events are a great chance to catch up with familiar faces and make new connections in the industry.