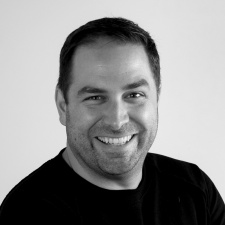 Louis René Auclair is CEO and Founder at RocketJump Games. At Pocket Gamer Connects Helsinki on September 11th to 12th he'll be giving a talk about Working With Licenses.

With 18+ years experience in video games market and in marketing, Louis has acted as studio owner, producer, business developer and marketer for more than 25 games.

At Hibernum, he grew the studio from 12 to 160 people while generating deals of over 60M USD in less than 5 years.

Louis René Auclair: I'm Chief Jumper at RocketJump Games. RocketJump Games works with developers and publishers to create the best concepts, pitches, and deals that will generate ROI for every party involved.

RocketJump Games’ approach is to work closely with the developers and publishers during all phases of development and liveops to create the best business outcome possible.

The rise to worldwide phenomenon of Fortnite. This game is one of the biggest pop culture influence of 2018, if not the biggest.

It's influencing almost every vertical in gaming from VR to Mobile.

There is always something new and exciting happening in our industry. New technology and platforms are always showing up.

Some stay, some fade away. But in the end, the winners are always the users, they are the ones getting all these amazing games.

I'm really hoping more innovation will come in the next year. I want developers and publishers to focus on great gameplay that brings gamers back to their phones.

As developers, publishers, and users become more sophisticated, hopefully, the level of risk linked to making great games will diminish and it will allow the game makers to be able to take greater risks which will create better games!

The very big Indie Pitch, I'm always impressed with the level of creativity the indie studios showcase at these events!