“Huawei's struggle with Google can potentially make an impact in the mobile games industry, and could even potentially pave the way for completely new Android Stores” 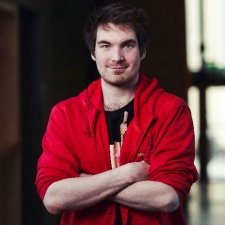 Daniel Rantala is the business development director at Fingersoft. He’s been around in the mobile games industry for six years now, where he’s been involved in many fields and areas of the industry such as game publishing, company management, and game design. He has experience from founding and running his own startup(s) to working with games that have tens of millions of monthly active players, so he has a broad view of the mobile game industry and its pros and cons.

Rantala joins us for Pocket Gamer Connects Helsinki Digital 2020 where he talks about an ‘all-new game development funnel’, and he will shed light on how new game concepts and prototypes are born internally at Fingersoft.

We caught up with Rantala before the event next month to see what’s changed in the games industry since he joined, and what trends he expects to see over the next 12 months in the industry.

PocketGamer.biz: Tell us a bit about Fingersoft

If you want to enter the industry, it's best to keep an open mind and not be discouraged even if you don't get to instantly work in your dream position

Daniel Rantala: Fingersoft started off as a one-man company already eight years ago. The launch of the original Hill Climb Racing was a success that has made its way into the history of mobile games, and while the original game has reached over one billion installs alone, our flagship product Hill Climb Racing 2 is on the same track. Our company has grown in three years from 20 people to almost 70, and that is clearly visible in the quality of Hill Climb Racing 2. With multiple new game titles under production, we're just getting started!

As business development director, I'm responsible for researching and analyzing various risks and especially business opportunities. On a day-to-day basis, I'm keeping up communications with platforms and business partners, and doing both geographical market research, and game/genre competitor analysis. That's the main beef, but of course there's a lot more!

Of course games have always been an important aspect in my life, but successful companies like Supercell and Rovio really inspired me back when I was starting my career. In the mobile games industry, it was an exciting thought that people are carrying ‘game consoles’ with them, and find immense joy in playing. Games industry in general is super diverse regarding work roles and tasks — game development, QA, biz dev, monetization, game design, data sciences... you name it. I guess these factors really contributed to my aspirations to work in the games industry, and I've been really lucky to see and learn so much in different roles during my career.

Cross-platform is the future, and whoever invents a game mechanic/system that works equally well on all platforms is sure to skyrocket into the stratosphere

Many people still have a black or white view of the games industry; it's not like game companies are amusement parks, or collections of garage nerds wearing Amiga t-shirts. The truth is, the games industry is just like any other IT industry (well, maybe a bit more relaxed and casual) with the same roles and responsibilities. If you want to enter the industry, it's best to keep an open mind and not be discouraged even if you don't get to instantly work in your dream position. Wear an open mind, be proactive, and develop your skills little by little. You can't really learn the ‘real’ ropes of the industry at school, it grows on you as you work and do things!

Coronavirus was interesting. During Q2/2020, our organic installs grew by 30%, which is by no means a small number considering that we already had 10-20M new installs a month organically. The same effect can be seen in all fields of the industry, including console and PC gaming. What's interesting is to see whether this is going to affect monetization, and decrease ARPUs due to a second wave of Covid-19 or a recession caused by it. Regarding the mobile games market in general, I feel like the battle royales and Supercell-like games have already become a standard, and there's definitely room for innovation. Japan is not the impenetrable fortress it once was anymore (Small Giant and Playrix have shown that), and anime/IP games in general are getting more and more traction globally. Cross-platform is the future, and whoever invents a game mechanic/system that works equally well on all platforms is sure to skyrocket into the stratosphere.

Something big IS coming. Whether it's a 100% cross-platform game universe or a trend shift from the standard ‘Clans-/Battle Pass/Loot Boxes/Hero Collection’ metagame, I can't say; we'll all need to keep our heads up. Huawei's struggle with Google can potentially make an impact in the mobile games industry, and could even potentially pave the way for completely new Android Stores (Epic is already on it) that start to eat Google Play's position. At worst, that could lead to a China-like situation where game distribution is fragmented into tens of Android stores, making game publishing and releasing a wild wild west. While this is possible, I don't believe anything major to happen during the next year or so.

Huawei's struggle with Google can potentially make an impact in the mobile games industry, and could even potentially pave the way for completely new Android Stores

I started during the first big gold fever of mobile games. Supercell had paved the way regarding monetization with CoC, whereas games like Temple Run, Angry Birds, Subway Surfers (or Hill Climb Racing) had already accumulated hundreds of millions of downloads. Back then, the focus wasn't so heavy on analytics, live-ops, or engaging monetization — the latter was usually always a standard, and even mid-coreish games were relying pretty strongly on ads. Now, oh boy, is it different. Battle Passes, subs, configured offers and loot boxes increasingly dominate in IAP monetization, and new content is constantly introduced into games. Also, what's worth mentioning is that mobile devices' performance has become amazing, which created room for previously unseen mobile genres and subgenres (think battle royales and first-person PvP shooters in general).

Of course talking with potential partners and meeting friends! It's really a shame that this is a digital conference without the wonderful parties and f2f time, but it's also a great way to exchange information and learn what's going on in the industry.