“In mobile, I believe that it will become increasingly harder to stick great products on top grossing positions, and smaller companies will be absorbed by bigger ones, until there's few fishes in the pool.” 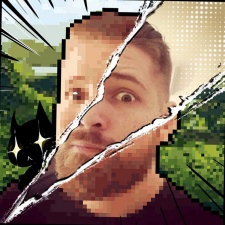 Javi Barnes is a game designer and F2P monetisation specialist hailing from the sunny Barcelona. For the most part, his career has been on top grossing mobile free-to-play titles: He has been lead game designer for Monster Legends (Social Point - Take Two Interactive), monetisation designer for more than seven games at Gameloft Barcelona (including Despicable Me: Minion Rush and Asphalt 8) and game economy director at Gameloft Montreal. Barnes is the co-founder of PlayerData.dev, a startup that provides data tracking services, specialized training and consultancy for indie games. Barnes also collaborates as a gaming and monetization specialist at Barsum.biz, a business consultancy and coaching service for spanish entrepreneurs. More recently (June 2020), Barnes co-founded Pixel Noire Games, an indie developer company focused on visual novels with lovecraftian themes, where he currently works as lead game designer. Outside games, between 2015 and 2019 he was the Head of Business at RIOT Wrestling, one of the biggest sports entertainment promotions in Spain (professional wrestling/mexican lucha libre), running hundreds of live shows for crowds of over 1,000 people and managing a roster of more than 100 workers and associates.

Barnes joins us for Pocket Gamer Connects Helsinki Digital 2020 where he appears on two panels, discussing how you can go indie after the current COVID-19 situation, and why live ops is not a dirty word.

We caught up with Barnes before the conference takes place next month to see how the industry has changed since he joined, and what trends he expects to see over the next 12 months in the industry.

PocketGamer.biz: Tell us a bit about Pixel Noire Games

What is cool about games is that every new update, every new live ops or every new game is a completely different experience which will require you to get out of the comfort zone and do new things

Javier Barnes: Pixel Noire Games was born from a group of veteran game devs that loved terror graphic adventures such as Prisoner of Ice, or Shadow of the Comet. We were concerned by the fact that, because those genres have little commercial appeal, bigger companies weren't building them anymore. At Pixel Noire Games we're focused on creating terror visual novels and graphic adventures with pixel art aesthetics. We use our own custom engine and an innovative pixel art technique which allows us to deliver results ultra-fast.

Since it's an indie company, my responsibilities usually go beyond what my title says, and I touch the code, the editor, the art. As lead designer I'm in charge of managing the narrative designers and outsourcing artists to guarantee that the experience in our games is the one that we want as a company.

I got interested in games while considering starting a masters course on artificial intelligence. I started reading on its applications in the gaming industry,and before I knew it, I had implemented a bot which played Poker, and I wanted to build more bots for other types of games. Before entering the gaming industry, I constantly got job switches after one or two years. When I had mastered all the skills necessary, it became boring (I've been an ambulance technician, construction worker, professional wrestler, personal trainer, bouncer). What is cool about games is that every new update, every new live ops or every new game is a completely different experience which will require you to get out of the comfort zone and do new things.

You can try to join a good modders team, or join a good indie team. Usually those groups are always in the need of people who are able to work hard and be helpful

If you can go to college and have a technical mindset, getting a computer science degree it's probably the best thing you can do with your education nowadays. Art and design skills are easy to obtain later, but if you don't allocate points on the computer skill early in the game, learning it later will be very challenging. Other than that, I believe there is no better way to learn than by doing: trying to get into a veteran company even if it's bringing them coffees or doing whatever they don't like doing (QA, customer support, live ops scripting). Once there, learn as much as you can from everyone. If that is not possible, there's great alternatives: You can try to join a good modders team, or join a good indie team. Usually those groups are always in the need of people who are able to work hard and be helpful. Once inside, try to outwork everybody and be as helpful for them as you can. What is beautiful about the games industry is that it's actually a very new thing and nobody has the final answers, because every three to four years they change the questions. But it's also a very ungrateful place for people that are lazy and like staying in their comfort zone.

In mobile, I expect consolidation of the current trends, companies and games. Mobile is a market where products last at top performance for five or more years, so the current top grossing games still have a lot of room to keep on going. Probably we will see the hyper casual market transitioning towards less arcade formulas like in Archero, but other than that it will be hard to put new games on the top grossing from scratch. It will be interesting to see how the economic situation (almost guaranteed global recession) affects mobile, as it could mean a high valorisation of mobile gaming companies stocks. In AAA, the timing for the release of the new consoles and their games it's problematic. I feel that after the disastrous Christmas for many AAA companies, a lot of eggs were placed on the basket of the new consoles, and the overall global economic situation probably won't help in making people spend hundreds of dollars on new products.

In mobile, I believe that it will become increasingly harder to stick great products on top grossing positions, and smaller companies will be absorbed by bigger ones, until there's few fishes in the pool

In the indie games space, I expect a sudden realisation that visual novels/graphic adventures are a blue ocean market, and it will become a purple market as at least one major company will move into that space. In mobile, I believe that it will become increasingly harder to stick great products on top grossing positions, and smaller companies will be absorbed by bigger ones, until there's few fishes in the pool. In AAA console/PC, I'm convinced that the transition to the new consoles will not be smooth for some of the companies, and we will see at least one major company fail from grace and diversify to mobile/indie space instead.

There has been three major changes since I started back in 2010, particularly on mobile: First, the transition from premium games to free-to-play, and from facebook to mobile completely reshaped the map of top companies and workers. A lot of veterans and companies were not able to transition successfully to that new environment, some of the companies that were dominating on the premium space greatly diminished while other, mostly younger companies had less previous weight and were able to adapt better, and rise. Second, the boom in revenues in the past 10 years, particularly due to the rise of mobile gaming, brought a lot of people in the industry that were interested more in business, and the whole market became much more business-oriented. This has meant that there's a huge focus nowadays on data management, KPI oriented design and marketing, while few people talk about game design. It also means there's more investor money flying around. Back in the day, the only people that joined the gaming industry was because of vocation, since it wasn't a business where you got rich. And third, the rise of indie games due to the lower development costs has meant a huge democratisation of the industry. Nowadays, a couple of kids with no degrees and no money can release a hit which makes them superstars. If it was a game, we could say that currently the industry is the least pay-to-win than it has ever been. There's more people competing in this industry than at any point in history, and having more cash than your competitor doesn't mean that you're going to win.

One of my life goals would be to work in Finland at some point, so I'm looking forward to making contacts and seeing what's going on in the Finnish scene.