Analysts divided on whether growth during pandemic will escalate to $200 billion+ revenue, or normalise as economic and geopolitical tension rises 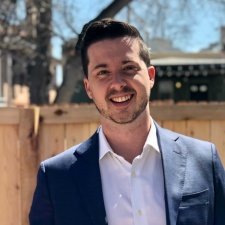 Konvoy Ventures managing partner Josh Chapman has released his mid-year review, exploring the likely impact of rising geopolitical tension and economic strain on the games industry, and discussed the expectations both companies and analysts expect for the market.

Analysts are divided on whether the market will grow or shrink in the coming period, with some groups projecting the market to remain stable or dip slightly within the year, while others believe the market could grow and exceed $200 billion in revenue.

Chapman believes that there is “historical precedent to show that the gaming industry will thrive through the next 24 months across player adoption (adding 50m-100m gamers per year), growing revenue (public and private companies), and continued funding from VCs.”

2020 began a period of unsustainable growth

The report suggests that any dip in the market could represent a return to normalcy, as the industry saw unprecedented growth throughout the pandemic as consumers sought out new avenues for entertainment. CBInsights report industry growth of 20.5 per cent between 2019 and 2020, which Konvoy argued is unsustainable, and would eventually normalise.

Mobile gaming remains the dominant market, with data.ai expecting that the mobile gaming market will surpass 60 per cent of market share in annual global consumer spending, or 19 per cent ($42 million) of global gaming revenue. This growth is 3.2 times larger than the entire console gaming market, which is the second biggest market.

Analysis from data.ai suggests that mobile gaming’s success can be attributed in part to the democratisation of gaming on the platform, with easily accessible games available for a variety of genres and demographics making the platform ideal for beginners to the gaming world. Around 47 per cent of the top 1,000 grossing mobile titles skew towards Gen Z (1995-2010) – an increase from 41 per cent two years ago – while Gen X and Baby Boomers (aged 45 and over) are the fastest-growing age group for mobile spending.

The data also shows that the majority of gamers would prefer to see ads in exchange for free content and services. Although this finding may seem counterintuitive, AppLovin recently spoke at Pocket Gamer Connects arguing this sentiment.

$1.5 billion revenue and 1.1 billion downloads weekly - how healthy is the mobile games market?

Does the winner really take it all?