The government stopped short of a crackdown 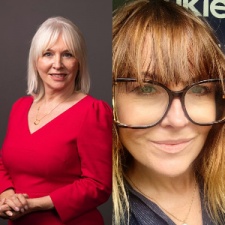 The UK government has demanded that games developers examine the use of loot boxes in order to protect children, in response to the findings of a call for evidence first issued in September 2020.

The government stopped short of implementing new legislation, although it did state that they could introduce new, more stringent laws, should the issues continue.

The call for evidence consisted of a player survey, and received over 32,000 responses from players, the parents of young gamers, and “50 submissions from the games industry, researchers, third sector organisations, and other organisations and individuals".

The statement, published by the Department for Media, Culture and Sport, continued: “As the evidence base on loot boxes is still emerging, and direct government intervention may risk unintended consequences, our view is that it would be premature to take legislative action without first pursuing enhanced industry-led measures to deliver protections for children and young people and all players.

"As a result, the government does not intend to make changes to the Gambling Act or to other statutory consumer protections with regards to loot boxes at this time."

The study broke down some of the risks involved in loot boxes, finding a “stable and consistent association between loot box use and problem gambling,” as well as emerging evidence of a dose-response relationship, with greater loot box spending related to greater gambling severity.

The study failed to establish the existence of a causal relationship between loot box use and problematic gambling behaviours. Although some academic research cited in the study found evidence of a gateway effect between loot box use and gambling, the government states that loot boxes don’t fall under the purview of the Gambling Act 2005, as the prizes won are in-game and can’t be converted to real-world money.

Despite this, some respondents identified legal, psychological, and player-perceived similarities between loot boxes and the gambling industry.

The government stated that developers should prevent children and young people from purchasing loot boxes without parental consent, as well as give players “access to spending controls and transparent information to support their gaming".

In a separate statement, UKIE CEO Dr Jo Twist OBE said: "As a responsible industry, we have committed to exploring additional ways to support players and parents to build on our existing work developing and raising awareness of parental controls.

"We look forward to engaging closely with the Government and other organisations in the working group and on the Video Games Research Framework."

Although the UK government is neglecting to implement legislation at this time, other countries, such as Belgium and The Netherlands, have already created new laws regarding the use of loot boxes. Earlier this year, Diablo Immortal was banned in both countries due to their use.

A seperate study in 2020 reported that young players are particularly at risk, with 31 per cent of those surveyed unaware of how much they'd spent on loot boxes.