The Charticle: 4 years on, Doodle Jump is still generating $20,000 a week on iPhone 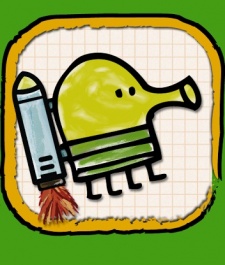 March 18th, 2013 - 06:07pm
By James Nouch, Staff Writer
It's been four years since Doodle Jump first bounced onto iPhone, and in that time, Lima Sky's simple endless platformer has transformed from a game into a brand.

It's been a staple of the App Store download rankings since its release, and at the time of writing, Doodle Jump is still placed at #30 in the US App Store's top paid games chart.

So there's clearly still an audience for Doodle Jump, but how is the game monetising? After all, Doodle Jump is a 99c game that launched in 2009, before freemium came to dominate the top grossing charts.

We turned to the app store charts for answers.

Remarkably, Doodle Jump has not left the top 50 paid games chart for iPhone since July 2009, spending the clear majority of its time in the top 20 since last launch.

But, comparatively speaking, the game's performance on the grossing charts has been much less stable.

Although Doodle Jump enjoyed an 18 month stretch in the top 50 grossing games chart, its position in the rankings has been dropping off lately, and at a much faster rate than the drop in its downloads.

It just goes to show that 99c per user is no longer enough to compete on the grossing games charts now that freemium is the dominant model.

The game's downloads may still be strong  compared to other paid releases, at least  but the new wave of free-to-play games are attracting ARPUs well in excess of 99c, causing Doodle Jump's chart position to plummet.

Perhaps as a result of this, the iPad version of Doodle Jump has never managed to gain the same chart traction as its older sibling. Downloads started off strong, but soon drop to a lower level than we see for Doodle Jump on iPhone.

And since Doodle Jump HD carries a $2.99 price tag, the game's position in the top grossing charts has been more erratic too, dropping out of top 500 grossing games chart entirely for a spell.

It might be that consumers simply prefer the smartphone form factor for Doodle Jump's accelerometer-based controls.

Or perhaps the lengthy delays to the iPad version simply means that players think of the iPhone as Doodle Jump's natural platform.

It's worth noting, however, that there is an Android version of Doodle Jump too. In order to celebrate the four-year milestone, developer Lima Sky has finally ported its iOS classic to Google's mobile OS.

Although an Android version was previously available, it wasn't created by Lima Sky. Instead, development duties for the title were farmed out to Seattle-based casual publisher GameHouse (part of Real Networks).

At the time of writing, just two days after its re-launch, Doodle Jump for Android is not ranked in the top 500 free games for Google Play. It has, however, accumulated between 10,000 and 50,000 installs, according to the product's store page.

But unlike its iOS counterparts, Doodle Jump for iOS is free to download, and monetised through in-game advertising. Those who already forked out for the GameHouse version of Doodle Jump will not be served ads, however.

It's too early to say whether a new port can rekindle the affections of Android gamers for Doodle Jump, but it's clear that iOS has been the more lucrative platform for the game to date.

According to Distimo figures covering the period from 4 March  10 March 2013, Doodle Jump for Android grossed just $2,000. The iPad version, meanwhile, took just over $5,000 in revenue.

The iPhone version is top dog, though, grossing $20,000 across the seven days in question. It may not be millions, but it's important to bear in mind that these are the revenue figures of a four-year-old game.
Doodle Jump is also available as a Java game, and generated considerable revenue from feature phone owners. As with any Java game, though, hard numbers are hard to come by.

So it's fair to say that Doodle Jump has been one of the most notable app store successes to date, albeit one from a different stage in the development of mobile gaming.

And despite its age, the game is still generating revenue for Lima Sky. Whether the newly re-launched Android version, and the increasing proliferation of Doodle-based merchandise will see revenues soar once again remains to be seen though.
A note on the methodology of Distimo estimates

When calculating downloads and revenues for individual apps, Distimo's unique methodology excludes that apps transactional data from the analysis to preserve the confidentiality of their users' data.