Beating RPGs for retention, CCGs are ruling and saturating the Chinese mobile market 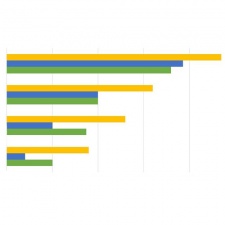 The success of card-collecting games (CCGs) in the Japanese mobile gaming space is well-documented.

The profitability of the genre has not gone unnoticed in the west either, with developers clamouring to adapt the formula, and a similar adoption uptick has happened in China too: a market previously ruled by MMORPGs.

Sitting pretty at 35 percent of revenue, if this share was modelled across the entire Chinese mobile market (and there's no reason to think it wouldn't be), this would value the CCG sector in 2014 at around $1.5 billion.

According to 360, CCGs account for 35% of Chinese mobile game revenues.

Most estimates suggest the Chinese mobile games market will be worth more than $4 billion in 2014, and perhaps $6 billion in 2015.

In this context, market intelligent outfit TalkingData has found that committed, high-spending players are averaging a total monthly spend of $49 on card games.

It's this player commitment that keeps Chinese mobile gamers coming back and spending money, which is why card games are continuing to dominate.

And that's where our Chart of the Week comes in, showing how card games are soundly beating out the role-playing and real-time strategy genres when it comes to retention rate.

As you can see, card games succeed in maintaining a larger portion of their player base over a 3-day period; an advantage that increases over a 30-day period with the other genres experiencing a far steeper drop-off as time goes by.

The downside is that the inevitable upshot of this success is that more and more card games have been released in China over the past year.

There's been a whopping 56 percent increase during the first half of 2014, with an estimated 1,200 CCGs available in the various Chinese mobile games markets by June 2014, leading to fears of oversaturation

So it's worth remembering what happened in Japan, a market in which saturation and design stagnation has lead to CCGs being overtaken by RPGs in monetary terms.

How changing one screen led Games2Win to increase Parking Frenzy 2.0's retention by 5%

AppsFlyer crowns AppLovin as best iOS ad network based on 1-, 7- and 30-day retention

China mobile game market was worth $1.1 billion in Q3 2014 but growth is slowing