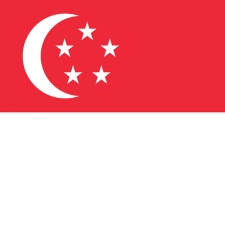 In our last column examined the mobile games market in Indonesia, the country with the largest population in Southeast Asia.

This time we examine Singapore, the country with the smallest population out of the six countries Niko Partners track in Southeast Asia. Singapore has a population of around 5.7 million, with nearly half playing mobile games.

Singapore is small in population but mighty in revenue and boasts the highest ARPPU in Southeast Asia.

This is due to Singapore being the most developed country in Southeast Asia with more than 121 per cent smartphone user penetration (thanks to more than one account per person in some cases), strong mobile telecom infrastructure and 60 per cent credit card penetration.

Android is the leading mobile operating system in Singapore, but iOS has a much larger share of the market there than it has in other countries in SEA.

The top grossing mobile game during the month of February across the App Store and Google Play was Mobile Legends, a MOBA developed by Moonton. The game was number four in downloads rankings as well.

Mobile Legends, which is heavily inspired by games such as League of Legends and Arena of Valor, has seen a huge boost in popularity across the entire region.

If we measure usage solely based on data from the App Store and Google Play, it's currently beating out rival MOBA games from companies such as Sea Ltd (Garena).

We know that gamers download Garena titles directly from the Garena app store too, though, so the App Store and Google Play do not tell the whole story for Garena titles.

Sea Ltd, previously known as Garena (and the games division name remains Garena), is based in Singapore and held its IPO in October 2017 where it raised $884m after listing on the NYSE.

The company has worked closely with Tencent, its largest outside shareholder, to localise games for the Singapore and Southeast Asia market. Garena worked with Tencent to co-develop and publish MOBA title Arena of Valor, known as Honor of Kings in China (Tencent developed Honor of Kings on its own).

Moonton was able to provide to provide gamers with more timely updates, gameplay innovations and a large marketing campaign that has allowed it to dominate the charts.

The hottest genre in the games industry righr now emerged in 2017, and it's called battle royale.

Games such as Playerunknown's Battlegrounds and Fortnite have dominated on PC. Predictably, game publishers identified an opportunity in the mobile space for battle royale games to shine too.

In February 2018 it was NetEase’s Rules of Survival that catapulted to be the number one download in Singapore. The free-to-play game operates well on mid-range to high-end smartphones and therefore could be played by a very large audience.

It’s worth noting that Bluehole and Epic Games released mobile versions of PUBG and Fortnite in March 2018, and both instantly soared to the top of the download charts - the genre is red hot.

Garena also launched a new mobile battle royale game called Free Fire. Whilst the game has caught on across Southeast Asia due to its lower technical requirements and shorter session times, the game is not a top performer in Singapore, ranking at number 27 in the download chart for the month.

However, the title is one to watch throughout the region.

The number two downloaded game in Singapore is Travel Frog developed by Hit-point, the company behind the popular Neko Atsume game.

In the game, players help a frog prepare for journeys across Japan by providing it with food and money, and it documents its travels to the player through postcards. The game has been a hit in Asia, predominantly with female gamers.

The social nature of the game and the ability to share stories and scores with others have contributed to the strong demand in Singapore, even though the game has not been localised and only supports Japanese.

However, the popularity of Travel Frog began to wane in March and it is no longer in the top 100 download chart. The casual nature of the game, lack of updates and no localisation means it was just a passing fad.

One surprise game on the revenue chart was Pokemon Go at seventh thanks to a swathe of new updates, despite being an older game.

Singaporeans like strategy games. Lords Mobile is an RTS game developed by IGG, a successful title in the country that benefits from short session times and a huge social element.

Similar games such as Clash Royale have also found success in Singapore. Mobile MMORPGs such as Final Fantasy Awakening and Summoners War are squarely in the top 10 games chart by revenue.

Singaporeans also like social casino games such as Slotomania, third by revenue. Casual games such as Word Cross, Toon Blast, Superstar BTS and Knife Hit performed well on the download chart in February. Roblox is a casual game that hit 10th on the revenue chart. The title is free-to-play, social and very popular, especially among younger gamers.

Singapore is an interesting market to watch in Southeast Asia despite its small population, and Singapore will remain the hub of telecom, banking and games company headquarters for years to come.