'You can't crack Korea's top 10 without KakaoTalk': Yooii Studios on making a mark in Asia 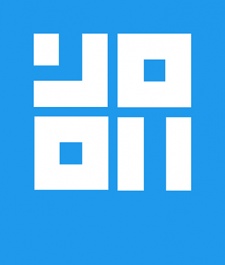 On the day when chat app LINE has announced it's passed 300 million users, it should be of no surprise that mobile developers are increasingly reliant on social gaming platforms for success.

However, the importance of one of LINE's rivals  KakaoTalk  in the Asian market should not be underestimated.

According to one developer, for instance, it's now impossible to crack the top 10 in Korea without success on KakaoTalk.

The claim was made by South-Korea app development outfit Yooii Studios, with CEO Robert Song and lead software engineer Steven Kim telling PocketGamer.biz at the Slush startup conference in Helsinki that Kakao is leading a mobile gaming takeover in the region.

Top of the pops

"In Korea the game market is becoming a lead ocean," said Song. "For example, if you check the top 10 list of the App Store in Korea, all of them have come from KakaoTalk. Without KakaoTalk, you cannot be in the top 10 in Korea.

"But if you make one great game and launch with Kakao, and become number 1 with Kakao, you make 1 million per day in just Korea."

Despite Kakao's 30 percent revenue cut  an industry standard at this point  Steven Kim notes that working with the platform is "very beneficial" to Yooii, though it's not without its challenges.

"Now the competition is very severe, and we have to spend more money on marketing. Though even in Kakao, there is a rank," added Song.

"So if you want to go high, you have to pay more in marketing to Kakao. So my net profit becomes smaller and smaller, even though the pie is bigger. It's a very strange situation."

Nevertheless, opportunities for both existing players and newcomers in Korea (and wider Asia) are still rife, according to Yooii, with Song looking beyond gaming to note that the door is wide open for someone to become the 'Nintendo of non-gaming apps'.

"I want to take that position. Some application companies in America become big - Instagram, for example - but that is not happening in Korea. Some great application company will appear in Asia in one or two years, why not us?"

Indeed, Song believes Yooii has a better chance of snapping up that spot than a western player, with the CEO alleging that western studios still don't understand the Asian market.

"You guys [the western games industry] don't know what's going on in Asia," he concluded. "Especially in Korea, Japan and China. Angry Birds is number 1 in Europe and America, but it was never number 1 in China or in Japan. Why? You guys have no idea.

"Someone needs to make a bridge between Asia and Europe and America."

The topic of how western developers can make it in Asia - and, indeed, vice versa - will be top of the agenda at Pocket Gamer's forthcoming conference PG Connects.

Bound for London this January, you'll have the oppportunity to meet KakaoTalk and other Asian players across the two day event. You can book your ticket here.