Delivering a meaningful experience to players 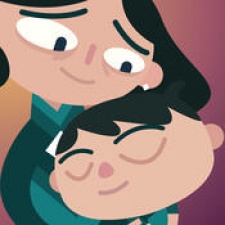 Among the usual crop of Indian mobile developers, Lucid Labs is a clear outlier.

Its latest, a block puzzler called Stay, Mum, unravels an ambient narrative concerning the relationship between mother and son in a single-parent family.

It also eschews IAPs in favour of a premium price-tag.

Amidst a development community whose most predominant concerns are unarguably monetisation and sustainability, Lucid Labs celebrates its esoteric nature with the slogan "We Make Video Games (not) For The Masses."

But how did Stay, Mum emerge, and what struggles did Lucid Labs face along the way?

We caught up with Chirag Chopra, the studio's founder, to discuss the difficulties of Indian developers targeting a niche.

PocketGamer.biz: You told us that you had to convince your team that Stay, Mum was worth making. Can you elaborate on this - what were their specific concerns and how did you win them round?

That was really hard, and it still is. Back when I had thought about Stay, Mum, it was conceptualized as a simple puzzle game.

I knew I wanted to add some emotional touch to it, but I also knew that convincing my team to tackle such themes was beyond impossible. So I pitched them the basic concept, asked my programmer to make a prototype and see if it was any fun.

I knew that convincing my team to tackle such themes was beyond impossible.

We made the prototype in about 2 days and the team played it. The falling of blocks and all those physics looked good, and the team thought why not?

But then, after about a week, I told them that I see a different vision for this game and told them what I had in mind. At first, my artist was really excited, he expressed his feelings and told me that he would love to do that.

But my programmer was still confused and asked me if people actually play such games. I made him play few such games like Journey, Flower, and Heavy Rain.

He then saw that people are playing such games, but he was still not sure if people would want to play this kind of game on mobile. I made him play Monument Valley, The Silent Age and Lifeline, to give him an idea about how things work on mobile and to inspire him.

Due to my constant convincing and speeches, he had no other option but to go my way. I still don't know if he did it because he wanted to or because I was such a pain in the ass.

What games inspired you to make "games (not) for the masses" and to focus on more esoteric game design? Was that the aim of Lucid Labs from the start?

Lucid Labs started with a very arcadish type of game - ROTO. To be honest, it was made to figure out how the whole game development process from development to publishing actually works.

I was (and still am) a die hard fan of Jenova Chen and his games. My personal aim was to create something of that type and make the player get invested into my games emotionally.

And since Stay, Mum felt like the right candidate to start with, I felt that players deserve meaningful experiences out of a video game and I wanted to provide such an experience.

That's pretty much how it all started. Sure players love that 'highscore' feeling, but when they get something deeper out of it, they remember it all their life.

That's what our aim is - to strike a personal chord with the player. And Stay, Mum has actually done that to many.

Do you feel artistic themes are, in general, neglected by Indian developers in favour of more reliable, mass-market projects? If so, why?

Money is one big factor. And I believe artistic and emotional games are not for the mass market - it still has a very niche audience. Nobody wants to spend 6 months on a game and get nothing out of it financially.

At least I am not making what 90% of developers here are making, and that makes me happy.

Monument Valley is an exception, of course, but even they didn't start with emotional and artistic stuff. And the odds for success in such games are like 10,000-1, probably even worse. That's scary.

On the other hand, developers here are more inclined towards money-making and familiar projects. To some, making games is not part of the passion, but just like other business.

I know a few folks here who are into artistic games, but deep inside our heart, we know we are doomed for choosing such a path. But at least I am not making what 90% of developers here are making, and that makes me happy.

Do you believe in the theory that profitable Indian games will lead the way for more experimentation? Is the current balance (or lack thereof) healthy?

I would love to see that theory play out here, but I hardly believe it'll come true. Even if it does, it's not happening anytime soon.

Unless a game makes millions and people see it as a profitable thing, no one is interested in diving into such dark territory. I don't blame them, actually.

The problem is, we don't really have any game here who was such artistic and emotional and made millions. So people don't have anything to follow or get inspired from.

I remember when we were showing Stay, Mum at different conferences and talking to people about it, they were confused and kept asking if people actually play such games or have time for such a patient experience.

I was trying hard to tell everyone that people do want such games and they have fun playing them. But when we got some good press internationally, that's when they became interested to know more and talk about it.

At launch, we were featured in 155 countries on App Store homepage and that's when things changed. That's when people actually started caring. I used to get a lot of messages on Facebook, asking me more about the game and stuff.

So, if we want experimental games to be a thing in India, we want a lot of people to make them and we need some success stories for people to get inspired, and that success story should have a million dollars behind it.

Will the aims and approach of Lucid Labs ever have to bow to financial pressure should projects like Stay, Mum fail to perform? Is that something that concerns you?

That's something which gives me nightmares almost every night. Stay, Mum has been out for a month now.

The results are very good, both in terms of finances and, most importantly, the feedback and response from our players. An artistic and emotional game, and one with a $3 price tag - we were crazy.

But we've got some emails from our players telling us how much they enjoyed the game, and that's what motivates me to keep going. We've had reviewers play our game and told us that they haven't played something so magical and personal on mobile before.

That is something which tells me that all that hard work and blending emotions with mobile games is worth it.

Frankly, at present, I don't care about making millions off my games. I am only concerned about delivering a meaningful experience to the player, and want them to really enjoy and feel what we make.

Stay, Mum has satisfied these cravings to some extent. Of course, there'll be times when we won't have any money to feed our passion to create such games, but we won't change our path.

We'll try to stay alive by doing some small client projects and use that money to develop the next experience.

Stay, Mum is available on the App Store now.