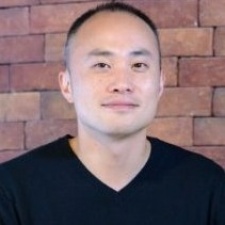 Hong Kong-based firm 6waves has been in free-to-play publishing for more than nine years.

Starting out with web games for social networks, the company is now fully focused on mobile game publishing - currently in Asian territories primarily, but also actively pushing into Western markets.

6waves now has offices in Hong Kong, Taiwan, Japan, South Korea and the US, but there was a time when its ambitions were decidedly more local.

"If we cannot make it big in Hong Kong, let's forget about the rest of the world." That was the 6waves philosophy at the outset, North America General Manager Stephen Lee recalls to PocketGamer.biz at White Nights Prague.

It paid off, and the firm has been the top grossing company in its small but high-spending homeland for almost three years.

But when it came to approaching different Asian markets, it was important for Lee and his team to respect the crucial differences in each country.

This is why, as a publisher helping developers to break into those markets, 6waves has to place its trust in local offices.

It requires fully local efforts in each country to have the best chance of success.

For instance, Lee admits that "my eye is not trained for Japan," but 6waves' Japanese office has proven its proficiency in this regard.

"We're seeing unbelievable KPIs in Japan," he says. "It's a very unique unicorn, I would say. It's so separate from the rest of the world and how they do things."

Despite this, 6waves has made it into the top 20 grossing there - a feat which Lee says "to our knowledge has never been done by a non-Japanese publisher."

But while the Japanese mobile market may be somewhat insular, it's nothing compared to a Chinese market that's fragmented by multiple Android app stores and mired in legal complications.

As such, 6waves has concluded that it's a market not worth spending time on.

"We can publish in China - we have the licences, the partners and the office in Beijing - but it's honestly lower priority for us," explains Lee. "We prefer to focus on countries with properly-run app stores.

These concerns are shared by a number of Chinese developers, and 6waves is actively working to help such studios find an audience outside of their homeland.

A lot of the savvy Chinese developers are looking overseas.

"If you're looking at the top grossing in China, if you're not Tencent or NetEase, you're in trouble," says Lee. "There's no way you're going to crack into the top ten.

"A lot of the savvy Chinese developers are looking overseas, and we're hoping we can be a big part of that."

From China to the West

An example of this - and also set to be 6waves' first Western launch - is action RPG Heroes of Skyrealm. Developed by Mechanist Games, a Chinese studio with Western founders, there are no plans to launch in China.

It's set to launch on the App Store on March 2nd, pushed back after some key changes to make it more palatable for a Western audience.

"We were not seeing the KPIs we were looking for and we saw some drop-off," reveals Lee.

"We worked really closely with [Mechanist] to analyse what players were doing in the game.

We re-tooled the FTUE completely.

"[We] re-tooled the FTUE [first-time user experience] completely, which is actually one of the reasons the game's launch has been pushed back a little bit."

At the same tine, 6waves is still interested in working with Western developers - particularly those in Europe, which is the primary reason for Lee's visit to White Nights Prague.

In fact, it was a European developer - Lithuanian studio Game Insight - that helped 6waves break Japan, as the two companies partnered to launch a hit hidden object game on Japanese social network Mobage.

"[Japanese players] had never seen this kind of game before, and something about it resonated really well with the players," recalls Lee.

And he believes that there is enough talent in Eastern Europe to create such a success story again - even if they need the help of a partner like 6waves to do so.

"There's obviously a lot of really talented teams here, but I think they need a lot of help figuring out how to make their games a success globally," he considers.

"They know their domestic markets very well, but they need a lot more help elsewhere."

Right now, 6waves' Western base is small - its US office is "two and half people," as Lee puts it - but he's hopeful of growth.

"If things really take off with our upcoming launches, we'll hope to kind of solidify that presence in the US," he says.

If it manages this, 6waves stands a chance of achieving where so many others have failed: in establishing a truly global mobile game publisher that can compete in Asia and the West.