David Brevik is getting involved as a consulting producer 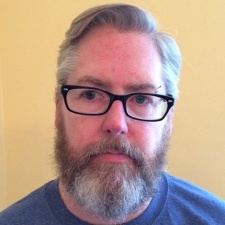 David Brevik, who is possibly best known for creating the Diablo series with Blizzard North, is joining the team behind Torchlight: Infinite as the consulting producer.

The Torchlight series is set to make a return with its Torchlight: Infinite title which will be a free-to-play game on iPhone, Android, and PC platforms. The title has had light comparisons made to Blizzard Entertainment's Diablo Immortal which is perhaps fitting given that Diablo veteran David Brevik is stepping in to help guide the team behind the new title.

The announcement was made on the Torchlight: Infinite Twitter page where the team stated that as Brevik is no stranger to the ARPG genre, the expertise and input that can be offered will ensure that the game continues to grow to the best of its ability.

The best of hack and slash

David Brevik commented on the consulting position saying “I will join the team as the consulting producer and together we will make the most playable hack and slash game.”

The last Torchlight: Infinite beta was met with some concerns by players suggesting certain systems felt like it favoured pay-to-win. The developers addressed these worries saying that due to the feedback they received some adjustments and ideas around payment methods would be made.

Taking the player feedback on board and having someone like Brevik as part of the team will aid them in creating a fun and balanced game as it heads towards its open beta phase next month. The latest version of the game will also include the new monetization changes.

Torchlight: Infinite will be available to play across Google Play, Steam, and TapTap with players being able to pre-register now.

TapTap is an app store that allows you to download games without depending on Google. TapTap recently underwent the process of rebranding itself with a new look and layout.