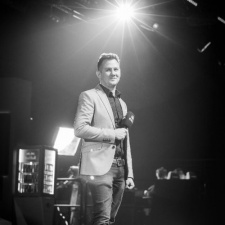 The esports scene down under is rapidly expanding but it's claimed it will require a helping hand from the freshly formed Esports Games Association Australia to sustain that.

Formed in 2017, the EGAA works with players, teams, managers, organisers and sponsors to set standards in a bid to advance the Australian esports scene.

ESL managing director and EGAA chairman Nick Zanzetti opened a series of talks on esports in Australia and New Zeland at the Melbourne International Games Week and gave attendees an insight of what’s to come.

One of the things the industry can expect from Australia is increased competition, both regarding growing in size and the competition that will come from it.

According to Vanzetti, tournament organisers will level up production value and offer higher prize-pools.

As such, team and player development will increase to match the demand from esports organisations.

The growth will also attract international organisers, teams and brands, which will become integrated into the local scene.

Grassroots esports organisations will feel the sting, however, and will need to adapt to survive the oncoming challenges posed by more globally recognised teams. Current players may have their heads turned by rivals while newer players may follow that same path.

Despite the challenges, Vanzetti reckons many more hobby businesses will start up, but many of them will face the potential of failure.

To complement esports' anticipated growth in 2019, Zanzetti outlined the goals that EGAA will need to hit in the next 12 months.

Zanzetti explained that to implement a sustainable operations model the EGAA would need to deploy more permanent resources and personnel to better serve its functions. That being responding to members' hot-button issues, as well as policy creation and events.

To accomplish that, Zanzetti explained it needed funding, which would come from a paid membership structure.

“There’s a lot of work to do in 2019 and I’m very happy with the way we’ve managed to create a body with a great cross-section of people who are interested in pushing esports forward," he said.

“The most important takeaway of what we’re trying to achieve with the EGAA is a sustainable future for esports.

“It isn’t just there for a wild ride for the next 12 to 24 months, It’s setting ourselves up for success and a future in 10 to 20 years that we can all be proud of and we understand has been shaped in the right way, and remove any connotations of the 'Wild West' that esports is so often related to.”